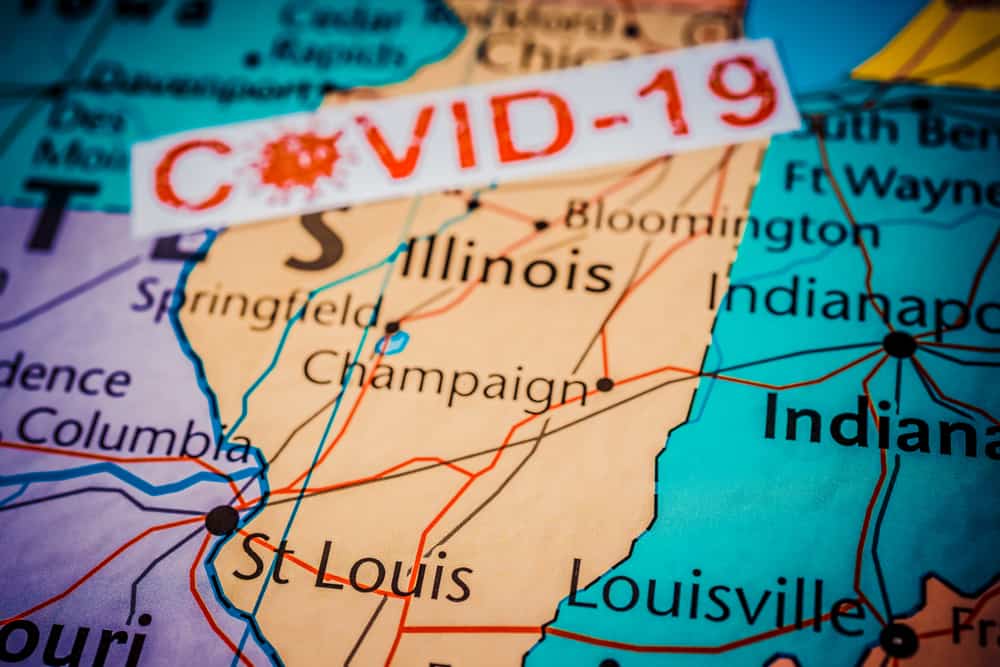 Carbondale | Illinois Gov. J.B. Pritzker addressed the surge of COVID-19 in southern Illinois Aug. 4, calling the situation “worse than in Chicago.” The city and surrounding counties were the state’s hot spot for the first months of the pandemic, but as cases increase in other regions of the state, businesses and churches could face renewed restrictions.

In July, Pritzker subdivided the four regions originally established to identify resurgences of the virus into 11 regions. He also released new details about which metrics could bring back restrictions. If a region sees a sustained increase in the 7-day rolling average in the testing positivity rate, plus an increase in hospital admissions over seven days or reduction in hospital capacity, restrictions would go back into effect, including stricter limits on gatherings. Three consecutive days with a positivity rate greater or equal to 8% would also trigger restrictions.

Among reports from IBSA churches, one southern Illinois church has reported members tested positive after attending a revival. A congregation in central Illinois is combating several cases believed to be spread at a lunch gathering.

Eleven Illinois counties are currently labeled orange on a map issued by the state’s Department of Public Health, meaning they’re showing warning signs of increased COVID-19 risk. Those counties are all outside Chicagoland: Jo Daviess in the state’s northwest corner, Cass and Sangamon in central Illinois, and St. Clair, Randolph, Perry, Jackson, Johnson, Saline, Gallatin, and White in the Metro East and southern Illinois regions.

Current guidance recommends that churches limit attendance to 25% of building capacity of 100 attenders, whichever is lower. Many IBSA churches can operate within the guidelines, but some have delayed reopening, particularly in hard-hit communities.

IBSA zone consultants in Chicagoland polled pastors recently about their churches’ reopening plans. Of those who responded, 42% have not resumed Sunday gatherings and several don’t plan to return until 2021, reported zone consultant Nathan Carter. Of the 58% of churches who have gone back to in-person meetings, many have adapted services, including meeting outdoors or drive-in style.

Recent numbers from Barna Research show roughly half of pastors say their churches are meeting in-person, while the shares of those who are waiting until late fall or next year are increasing.