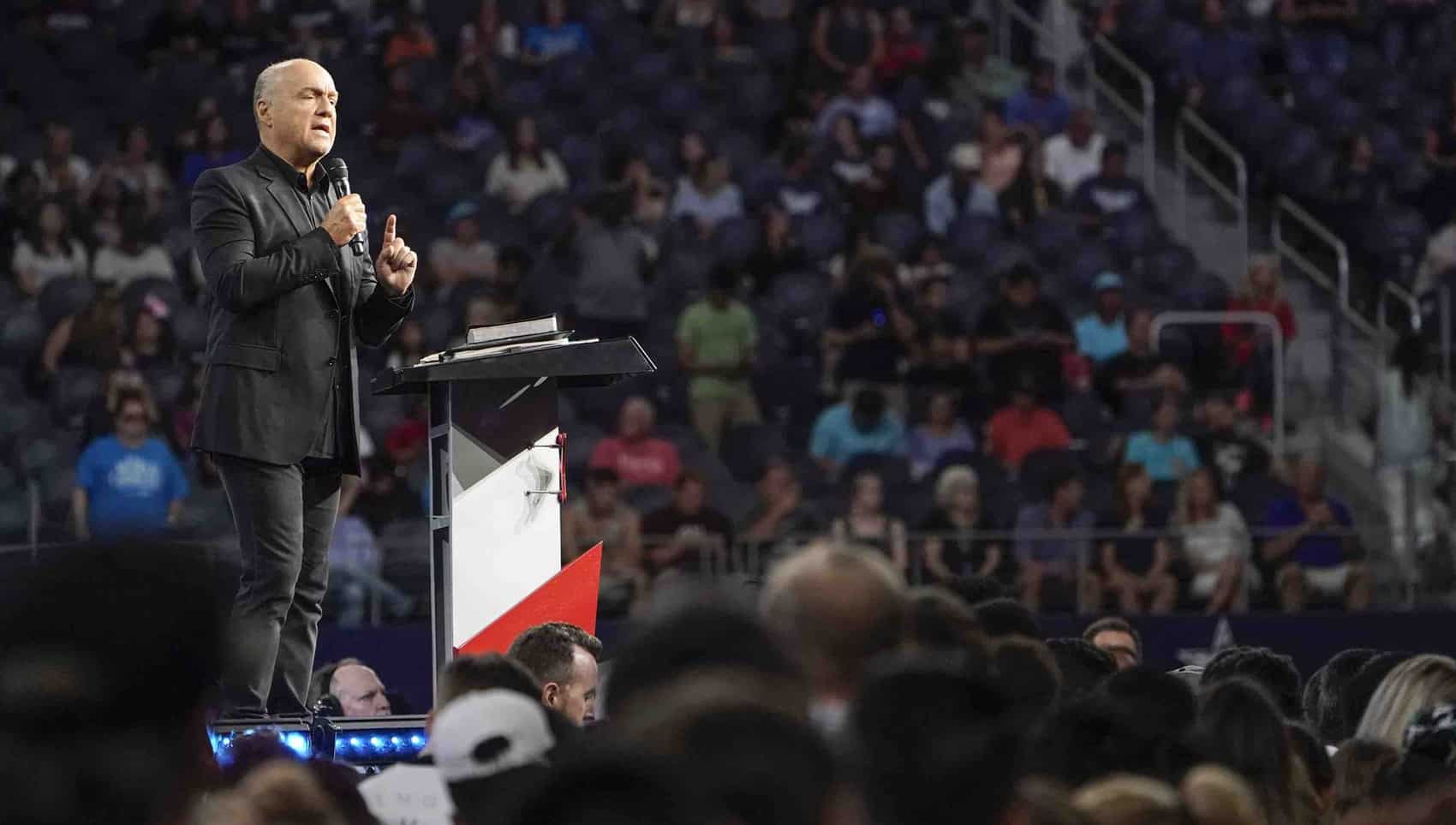 The task force charged with studying evangelism in the Southern Baptist Convention has released their final report to be presented this week in Dallas. And at AT&T Stadium, 35,000 people heard the gospel at an evangelistic event held prior to the denomination’s annual meeting.

The Crossover Dallas Harvest America crusade followed several days of evangelistic activities in Dallas. Event leaders reported that 2,300 people accepted Jesus as savior after evangelist Greg Laurie preached of the hope Christ brings. “There’s so much stuff to distract us and emptiness to make us feel alone,” he said. “Yet, Jesus, who created us, also gives us purpose. Jesus loves us all– no matter what we do or say or have done before–so much.”

Their report, available at Baptist Press, alludes to differences in theology in the SBC, but also calls Baptists to unify around the Great Commission given to all Christians.

“We affirm that the Scriptures teach that gospel conversations should seek to include both clear presentations of the ‘good news’ of salvation and genuine invitations for all people to receive Jesus Christ as Savior and Lord,” the group wrote, while denying “that gospel conversations are merely general talk about spiritual things and that an evangelistic invitation may only be extended by a singular methodological approach.”

The task force also recommended the SBC Executive Committee put a “Baptism Day” on the denominational calendar. Illinois is among the states who have celebrated a statewide baptism emphasis—more than 400 people were baptized this spring on One GRAND Sunday.

The evangelism task force will present their report Wednesday morning. The Southern Baptist Convention officially begins Tuesday, June 12, at 8:15 a.m. A simulcast is available at http://live.sbc.net.

-With reporting by Baptist Press