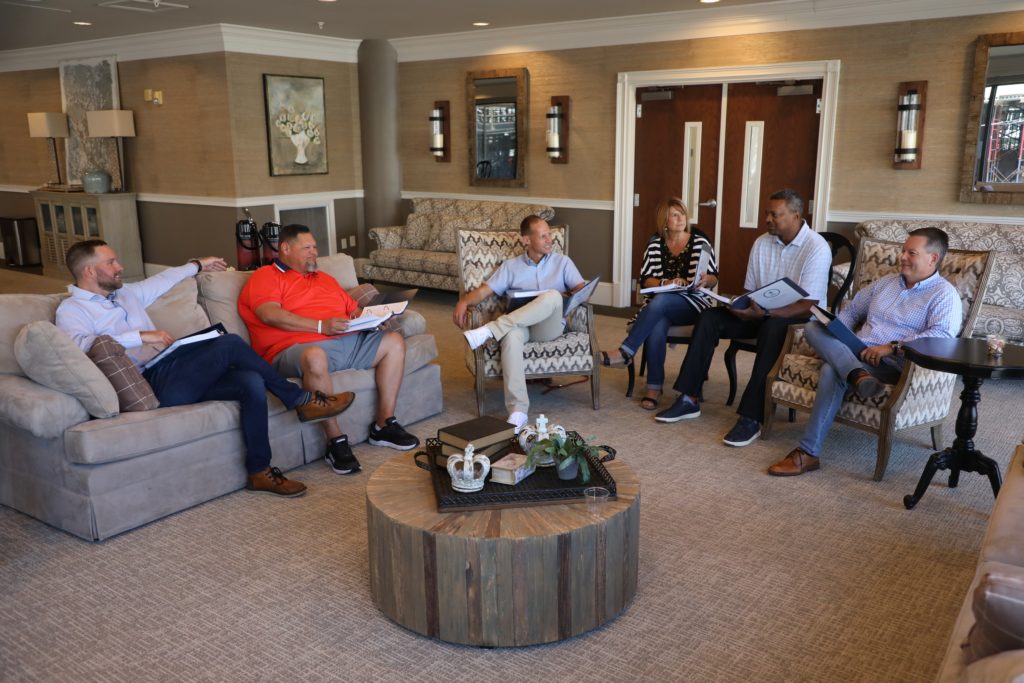 The SBC Executive Committee presidential search team met in person the day after the EC's full board meeting in September. BP file photo

The team tasked with finding the new president and CEO of the Southern Baptist Convention Executive Committee has narrowed the field to seven candidates and is in the process of interviewing them, said search team chairman Adron Robinson. “We’re grateful for what the Lord has been doing,” Robinson, pastor of Hillcrest Baptist Church in Country Club Hills, Ill., told Baptist Press Nov. 9. “The candidates that we are finding have a variety of qualities, many of which were the qualities that SBC membership were looking for through our survey findings.”

Robinson was referring to a survey open to all Southern Baptists and also given to messengers at the 2022 SBC Annual Meeting in Anaheim, Calif., in June. The search team was encouraged by the large response, as some 5,000 Southern Baptists took time to weigh in on the qualities they were looking for in an EC president.

“We’re finding [the candidates] to have pastoral experience,” Robinson said. “Some of them have lots of denominational experience. We’re finding that they are men of integrity. These are all things the messengers asked for during the survey.”

The team, which has been meeting about twice a month, mostly online, is now in the process of setting up online interviews with each of the seven remaining candidates.

They plan to narrow the field to three and then conduct in-person interviews with those finalists. Robinson said he is aiming to have finalist interviews completed by the end of the year.

“We may not be able to with the holidays,” he said. “Still, that’s our goal and we are pressing hard to get there. We just want the messengers to continue to pray for the search team. There’s a lot going on, but God is at work and we are encouraged.”

Robinson reaffirmed that the team’s plan is to have a final candidate to present to the full Executive Committee at its regularly scheduled meeting in February 2023. The team was formed in February 2022, a few months after the resignation of former EC leader Ronnie Floyd.

Robinson said he is grateful for the prayers and concern of Southern Baptists, including those at his own state convention’s annual meeting last week.

“What I’m hearing consistently from people who stop me at the state convention or other events is, ‘We’re praying for you, and we’re glad this search team is on the job,’” he said.