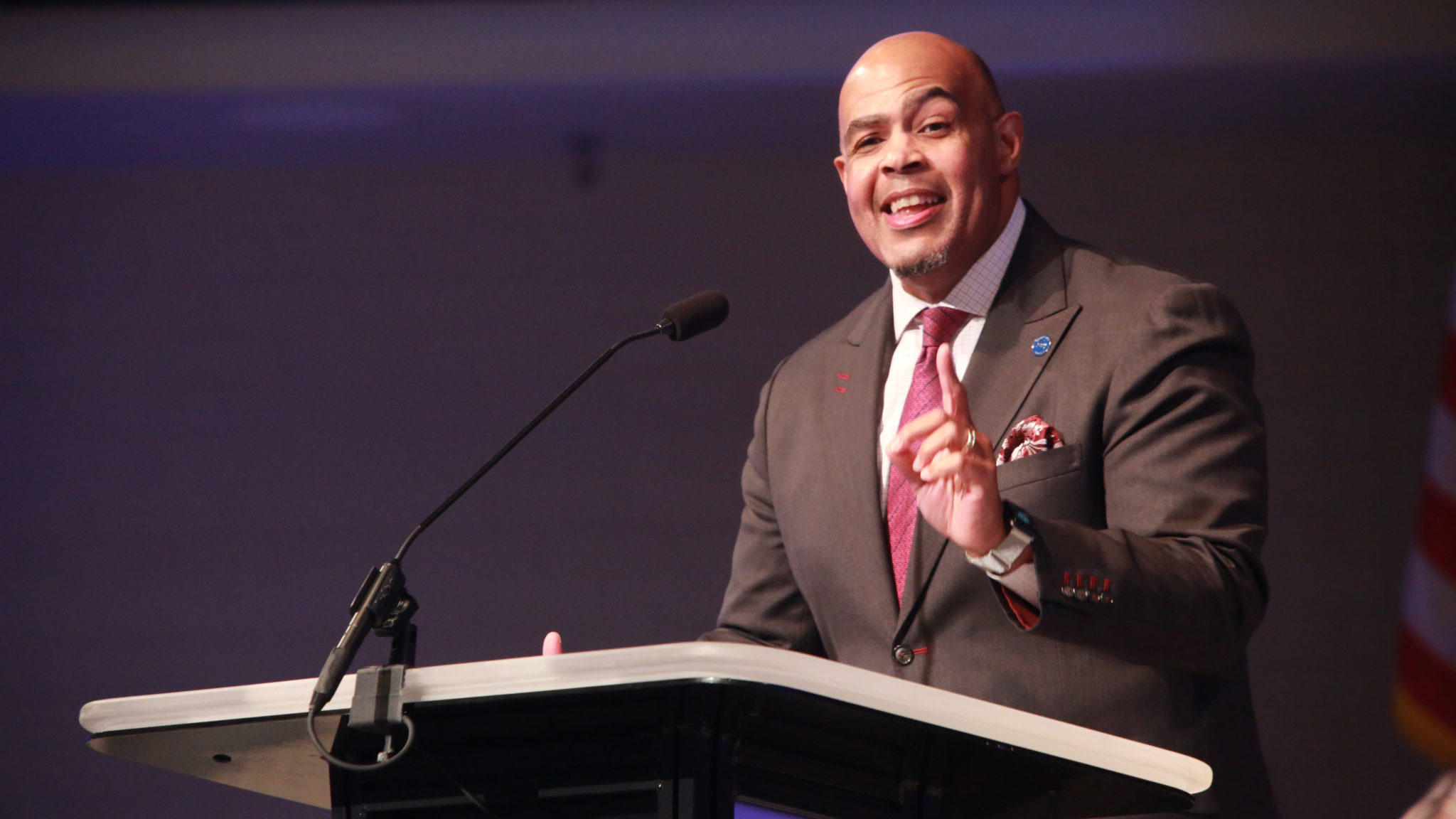 A call for unity, a presidential search update and a hefty check presentation highlighted the opening session of the Southern Baptist Convention Executive Committee’s Sept. 19–20 meeting in Nashville.

Additionally, EC chair Jared Wellman maintained a streamlined and upbeat approach to the evening event attended by 75 of the 84 EC trustees, 26 of which are new. While the trustee board has 86 seats, two seats have been vacated since being appointed in June — one from North Carolina and one from New Mexico.

“Our dream in this new day in the EC is to be safe for the vulnerable and unsafe for the abusers,” Wellman shared in his opening address. “(We are) hunting abusers down and letting them know there is no place for them in a Southern Baptist church. Our Southern Baptist messengers deserve an EC that doesn’t live for itself but for Jesus Christ.”

Pointing to the EC’s decision in the fall of 2021 to waive attorney-client privilege related to the investigation into its previous handling of sexual abuse cases, Wellman said, “An EC that tries to save its own life for its own sake is not truly living. … Sacrifice is God’s design for the Christian life.

“We put our faith where God has put our sins, on Jesus, and let the chips fall where they may — and that’s OK,” he said. “May we die to self … so the world can see the hope of Christ in us.”

‘Lay down your swords’

Willie McLaurin, interim president and CEO of the EC, issued a plea to Southern Baptists for unity.

“As a network of churches, we have a mission. We are called, commanded and commissioned to carry out the Great Commission,” he said. “Our convention’s keys to success are collaboration and cooperation.

“God has created us to be in community together … (and we are) only as strong as our relationships with one another. … Take the time to build trust. Trust is built and rebuilt one person at a time, one relationship at a time.

“Over the past 15 months, relationships have been damaged, some have even been destroyed, words exchanged, reputations tainted,” McLaurin lamented. “This is not who we are.

“In a world where values are devalued, we need to model to the world how to operate with Kingdom values,” he said. “Southern Baptists, lay down your swords and make sure your relationships with one another are honoring to the Lord Jesus Christ. Love one another, forgive one another, serve one another and pray for one another.

“My focus during this interim session has been to create an atmosphere that leads toward unity and stability,” he added. “We are a diverse network of churches (but) one thing that each of those churches have in common is they want to see people get off the road to hell and get on the road to heaven.”

Noting the disciples’ action during the storm outlined in Mark 4, McLaurin said, “The greatest storm on that day was not on the sea but was the storm in the hearts of the disciples.

“Southern Baptists, even though we have navigated and are still navigating some stormy waters, God is still speaking. God is at work in us and through us. … We desperately need to hear the voice of God again.”

•Also calling Southern Baptists to work together was SBC president Bart Barber as he preached from 2 John and 3 John “in defense of truth.”

•Providing an update on the search for the next EC president, search team chair Adron Robinson said the team currently is vetting 11 “quality candidates who have the capacity we are looking for.”

“There is much work to be done and God knows who the next EC president is,” Robinson said, noting 14 of the 25 nominees declined to be considered. “All we have to do is stay in tune and walk with Him until He raises that candidate up for us. We will continue to process. Keep praying for us. Our wish and hope and goal is to present a new president early next year.”

“We are determined to lay the foundation for real reform and not just talk about change but actually implement it,” he said, noting three goals.

To read the latest update from the task force, click here.

At the close of the evening session, Jeremy Westbrook, executive director of the State Convention of Baptists in Ohio, presented a $500,000 gift through the Cooperative Program — a portion of the proceeds from the recent sale of the convention’s camp.

“We are not only better together, we are stronger together and we must cooperate together.”