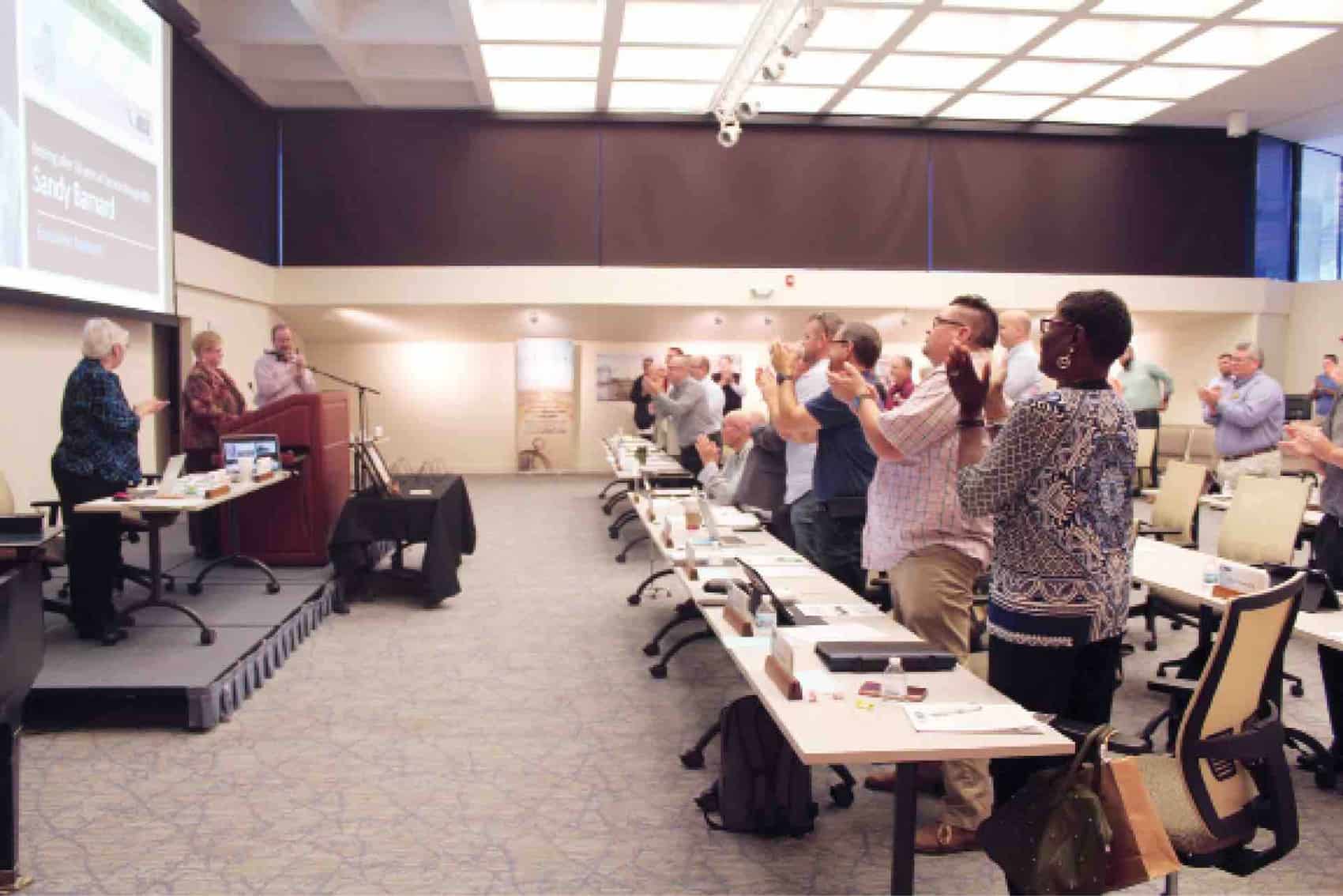 The Sept. 11 meeting of the IBSA Board of Directors wasn’t an average board meeting. The usual business took place­—budgets were discussed, and new officers were voted in. But something else happened: Sandy Barnard, executive administrative assistant, was honored for serving IBSA and its churches for 33 years.

Barnard, who will retire in January 2019, works closely with the Board, organizing meetings for its committees and the full board, coordinating between officers and members, and many other tasks. This was her final meeting with the full Board, which does not meet again until March 2019. She was given time to address the members and honored with a luncheon after the meeting.

Barnard joked about the things she won’t miss about the job, then got choked up. “People—that’s what I’ll miss most,” said Barnard. “I feel like I know you because you attend these meetings. I enjoy knowing your favorite topic to talk about. For most of us it is family…I’ll miss you. I thank God that I’ve gotten to know you.”

Barnard spoke about the changes she’s seen across more than three decades. “I started here in 1985 with Rick Heironimus in Church Training. I’ve been here in times of service for six executive directors and two interims.” She concluded she didn’t want to have to “train” another one.

Barnard will also be recognized for her years of service at the IBSA Annual Meeting in November.

Executive Director report
IBSA Executive Director Nate Adams presented his report to the Board, updating them on the progress of the Pioneering Spirit Challenge, an emphasis on church planting, evangelism, missions giving, and leadership development that was unveiled at last year’s Annual Meeting.

“The Pioneering Spirit Challenge is not just a fad, it’s not just a campaign; it’s a way of us saying, ‘Churches please engage with us,’” Adams said. The initiative focuses on Illinois’ bicentennial and the pioneering spirit of the state’s early settlers. It asks today’s churches to evoke that spirit by going new places, engaging new people, making new sacrifices, and developing new leaders. To date, 166 churches have accepted one or more of the four challenges. The theme will be renewed at the 2018 IBSA Annual Meeting.

In other business matters, the board voted to: