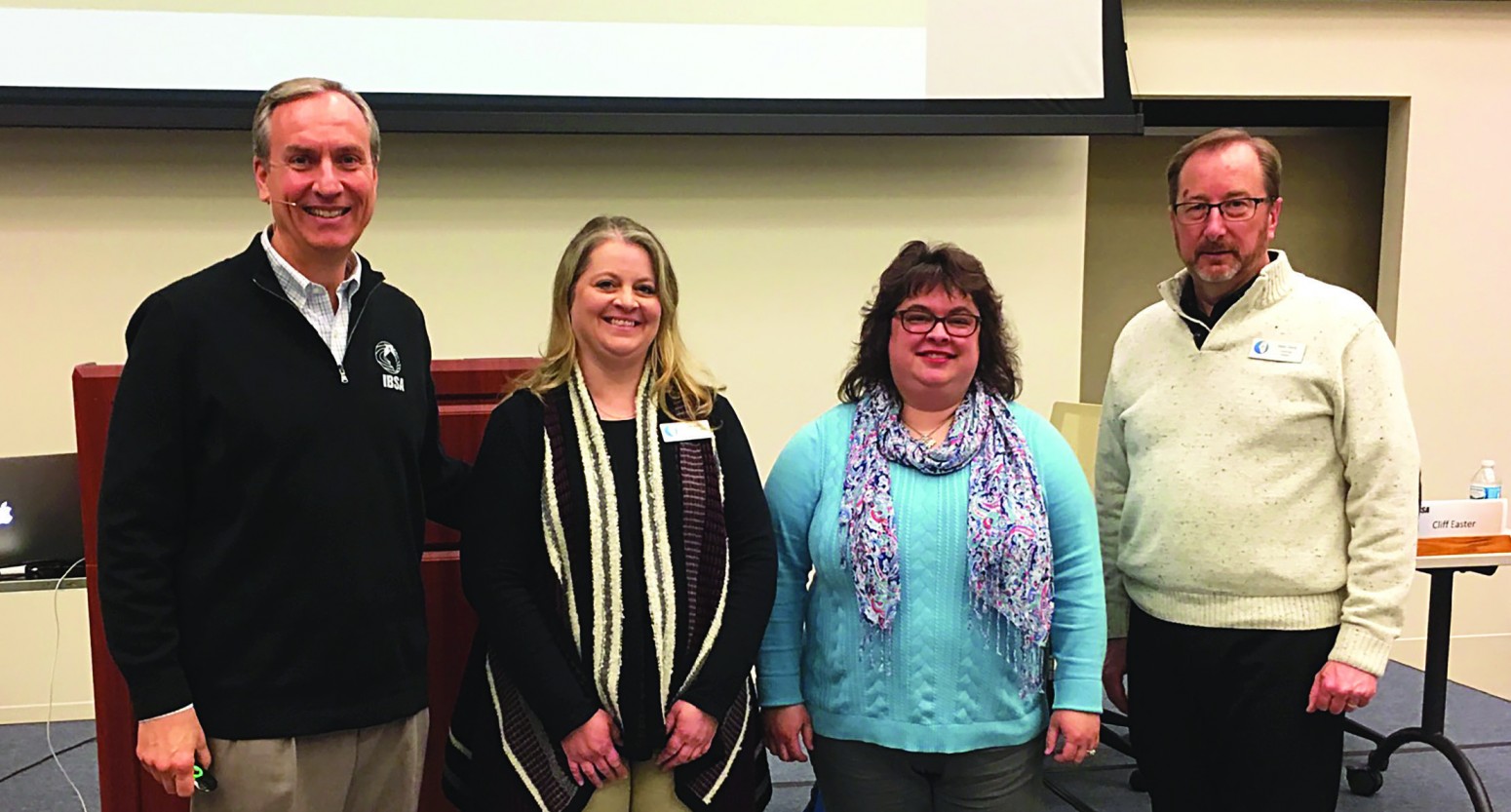 Springfield | The March 28 meeting of the Illinois Baptist State Association (IBSA) Board of Directors was a celebration of ministry being done through the lands and facilities of the Association around Illinois.

Denny Hydrick, executive director of Baptist Children’s Home and Family Services (BCHFS), reported that the agency will celebrate 100 years of service in 2018. He shared how in 1918, 20 families pooled together $3,000 to buy 40 acres of land in Carmi that they gave to IBSA for an orphanage to be established.

Hydrick, accompanied by recently retired BCHFS Executive Director Doug Devore, told the board how from those original 40 acres, BCHFS now manages 744 acres, all of which is titled to IBSA. The 80 acres Angels’ Cove sits on is jointly deeded to IBSA and BCHFS. However, liability insurance, taxes, and upkeep are provided by BCHFS. If any type of litigation were to occur, the lawsuit would include IBSA due to its property ownership. These factors and changes to the IBSA Constitution in 2014 caused the BCHFS Board of Trustees to recommend to the IBSA Board that it transfer ownership of property to BCHFS. After some discussion, the board approved the recommendation. It will be presented to messengers for a vote at the November IBSA Annual Meeting at Tabernacle Baptist Church in Decatur.

IBSA Executive Director Nate Adams gave much of his report time over to Associate Executive Directors Mark Emerson and Pat Pajak. Emerson shared about investments being made in Streator Baptist Camp, including dining hall renovations with new tables and chairs, siding on the outside of the hall, and gutting a bunkhouse. A guest kitchen was also added. “Much of the work has happened with mission teams,” he noted. Under new leadership of Camp Manager Mike Young, the Streator facility is almost fully booked this summer.

The BASIC student ministry house on the campus of the University of Illinois at Urbana is currently under renovation and new leadership. Emerson told the board the house is currently being renovated with new flooring and paint on the main floor, and an overhaul of the kitchen and main floor bathroom. “God has given us a new tool right in the midst of the 44,000 people who attend the school,” he said.

IBSA Associate Executive Director Pat Pajak assumed a new assignment in February. He is developing a network of pastors and churches to lead in evangelism in Illinois. He told the board about a key weekend in his decision to take on the evangelism role. He shared with friend how to lead a hospitalized man to Christ, which the friend did an hour before the man died; Pajak himself led a man to Christ at the mall that same afternoon; and then his pastor challenged him with a timely sermon.
“God sometimes leads us in ways we don’t expect at all…and that Sunday morning, I surrendered to lead the evangelism work in Illinois,” Pajak said through tears. Pajak previously led the Church Consulting Team, and prior to a restructuring within IBSA, the Church Strengthening Team.

In other business, the board approved: