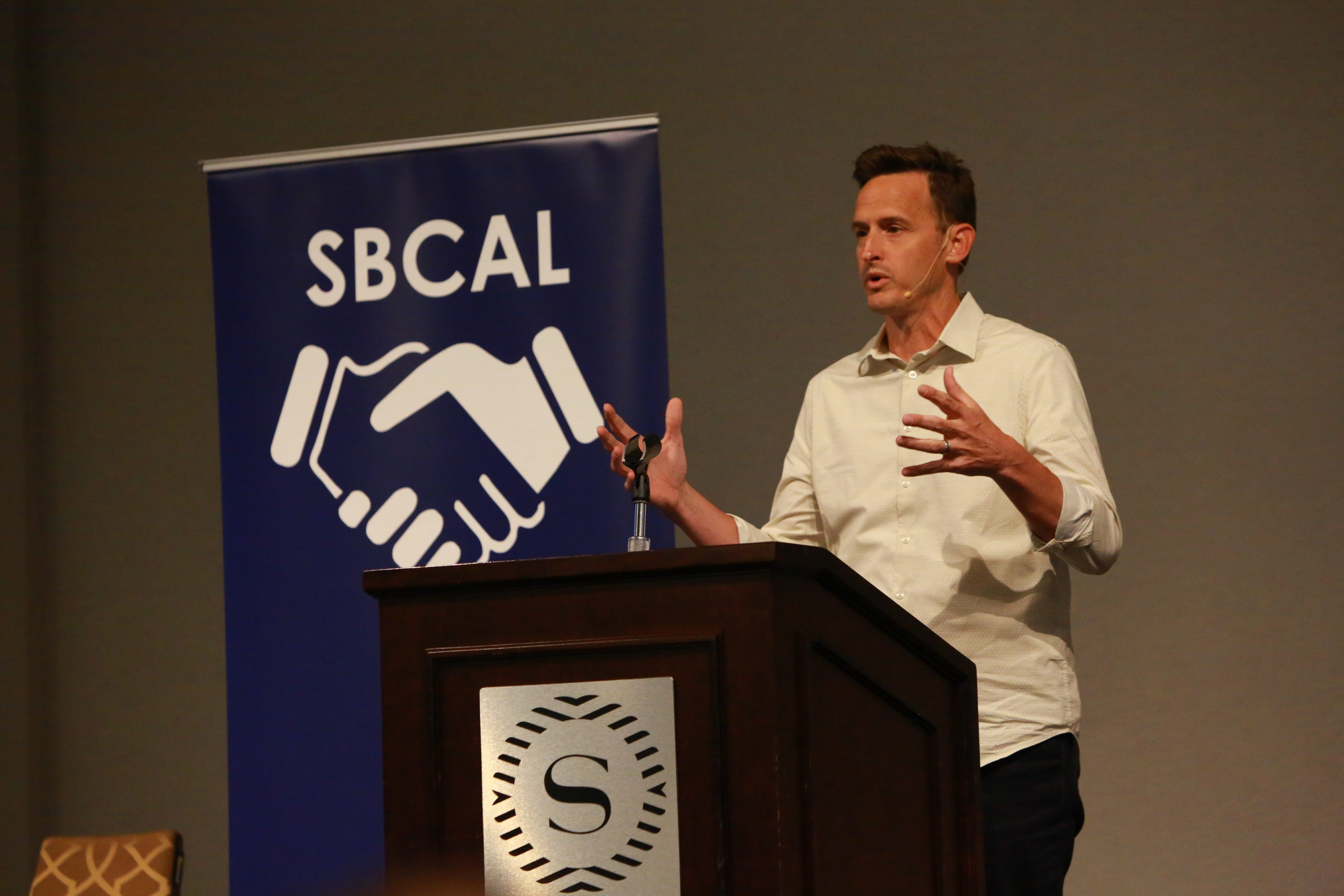 Illinois native and Lifeway head Ben Mandrell shared the organization’s desire to partner with churches around the globe, including those who have felt underserved. After noting the challenges of leading Lifeway during his first three years as president, Mandrell said he believes the organization’s vision is crystallizing. “We are expanding the boundaries beyond the Southeast portion of the U.S.,” he said. “We have a vision for serving churches everywhere.”

Mandrell showed messengers at the Anaheim SBC Annual meeting a map of the United States, with counties colored corresponding to the most populous religious group living there. Southern Baptists are primarily in the Southeast. In 2013, he and his wife, Lynley, saw this map, and it moved them—literally. “We resigned a large church in west Tennessee and moved our kids 1,000 miles west to Denver, Colorado to plant a church.”

After establishing the church, raising up leaders and moving into a new building, Mandrell said he felt called to Lifeway. “Though my family now lives in Middle Tennessee, our heart will always beat for helping church leaders who find themselves in frontier states and highly secular places,” he said.

As part of the effort to better serve churches beyond the South, Mandrell said Lifeway is working to both recruit employees living in those areas and to develop resources designed specifically for congregations in other regions.

By 2027, Lifeway employees will likely be evenly distributed between those living in the Nashville area and those living outside Middle Tennessee. The organization is “drawing writers, editors, graphic designers and software developers from across the country and world,” Mandrell said. “They are staying in their local churches, which is what we want, so that our products begin to feel more versatile. We are moving from a Nashville mindset to a national mindset.”

To that end, Mandrell announced a new next generation curriculum line to be completed next fall, which will give churches an added option alongside Lifeway’s current curriculum lines: Bible Studies for Life, Explore the Bible, The Gospel Project, and YOU.