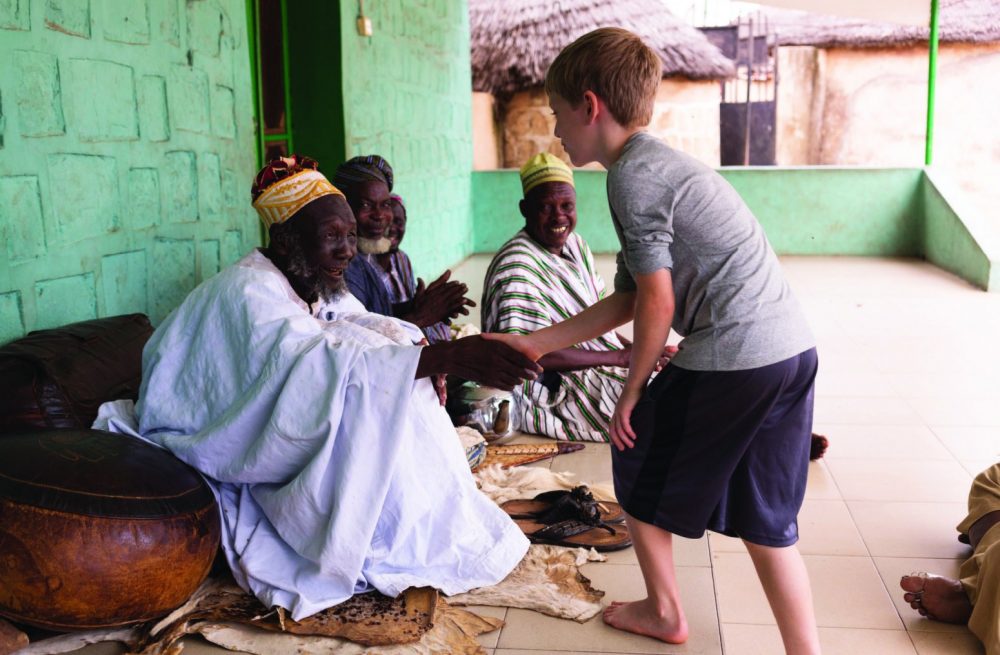 FAMILY CALLING – Trey Haun, 10 (right), lives with his parents in Ghana, where they serve as missionaries with the International Mission Board. Trey’s mom, Heidi, is a physician (photo below) and his dad, William, works in media.

It was near midnight when IMB missionary Dr. Heidi Haun had finished up an abdominal surgery and returned home. Her baby, Karen Jane, and son, Trey, 10, had long been in bed under the watchful eye of her husband, William.

The Hauns serve in Nalerigu, Ghana, and her patient was a woman who sells cabbages under a mango tree on market days in town. Heidi had planned to perform surgery earlier in the day, but the operation was delayed by an emergency cesarean section. Still, after surgery that night, Heidi said the woman reached out to grasp her hand and thank her.

“I think that’s the neatest thing about having patients that live here in town…it leads to opportunities for relationship and gospel sharing,” Heidi explained. “I look forward to the opportunity to share Christ with her—more than just a patient-doctor relationship.”

The Hauns are two of the thousands of Southern Baptist missionaries supported by the Lottie Moon Christmas Offering, an annual offering established in 1888. After more than a century, Lottie Moon giving continues its steady growth, including its largest-ever offering last year—$165.8 million.

The goal for the 2016 Lottie Moon Christmas Offering is $155 million. During the week of Dec. 4-11, many Southern Baptist churches will focus on international missions in a Week of Prayer highlighting eight missionaries and missionary families, including the Hauns in Ghana and Zack and Jennifer Dove (right), who serve in Norway.

Sharing the gospel isn’t a one-time deal for the Doves, who work as church planters. It’s an everyday part of their lives as they deepen relationships and bridge conversations toward gospel truths in Sandefjord, Norway.

“Zack will say often…We don’t need to let cultural norms be the filter,” Jennifer explains. “We need to let the gospel be the filter and so just share a little bit and see where it lands and plant that seed.”

Though Norway has been a Christian nation for a thousand years, in recent decades spiritual life has withered and church buildings often stand empty. Only 2% of Norwegians regularly attend services—one of the lowest attendance figures in Europe. The Doves encourage existing believers and share with others who live without hope. Southern Baptists can join their work through prayer.

For more on this year’s Offering and Week of Prayer, go to IMB.org/lottie-moon-christmas-offering.