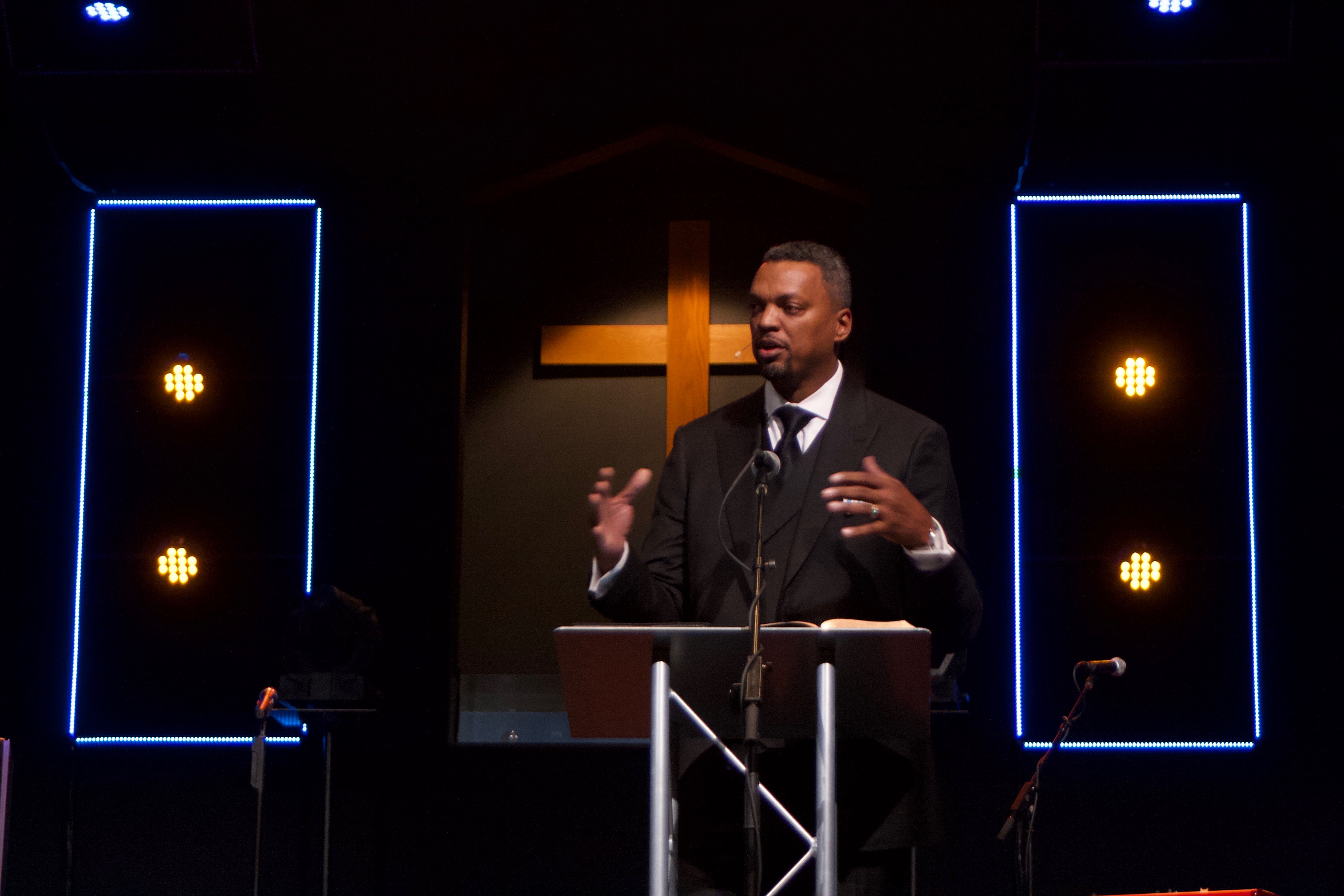 Acts 15 finds the early church in the middle of a major dispute. Some leaders were teaching that the Old Testament law of circumcision was required for salvation. The line they drew separated Jews from Gentiles, and diluted the new covenant established by Christ’s death on the cross. The leaders were feeling superior, because they had been chosen and used by God. They were the gatekeepers.

These “growing pains” in the early church had to be resolved because of the urgent need to get the gospel to more people, preached Adron Robinson at the IBSA Annual Meeting Nov. 7. Growing pains in churches today often result in racism, in division, in one group believing they’re superior over another. Our modern-day growing pains need resolution too, for the sake of the gospel.

“We have to be careful of making ourselves gatekeepers and then adding restrictions to the gospel,” Robinson preached during his president’s message Wednesday afternoon in Maryville. “Christ has died for all, and it’s not up to us to put up barriers to hinder people from the gospel.”

“Salvation has never been about race, but it’s always been about grace,” he said. All believers in Jesus Christ has received the same grace—that’s why we should receive one another.