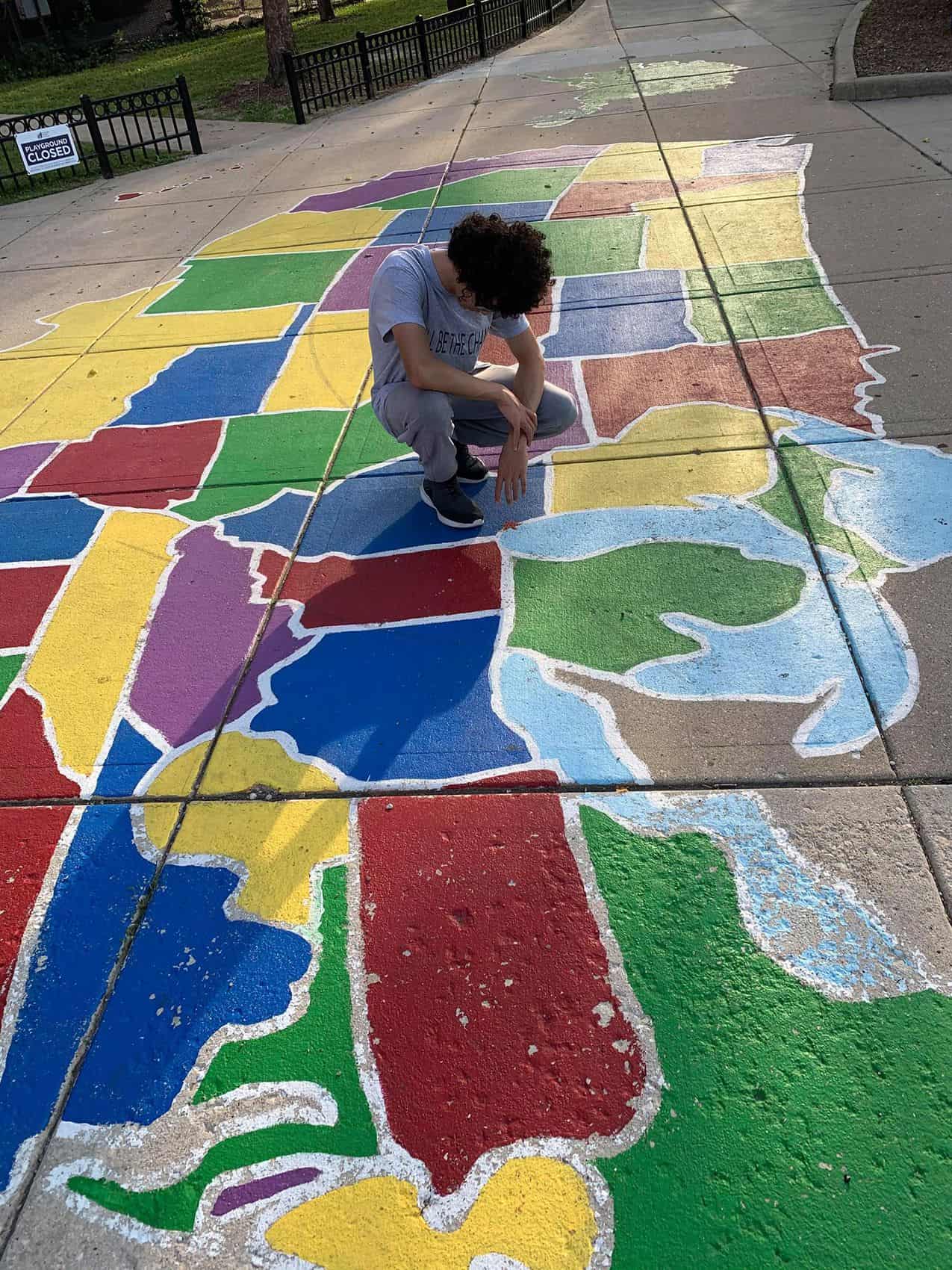 Chicago | Pastor Edgar Rodriguez’s son knelt on the colorful United States map painted near where 10-year-old Lena Nunez died June 29. Nunez was watching TV in her home when she was hit by a stray bullet that came through window.

The young man paused at the map to pray for an end to the violence that has devastated communities and families in the city. Nunez is not the only child to die during a hot, violent summer in Chicago. Gun violence over Fourth of July weekend injured 87 people and killed 17, including children 7-year-old Natalia Wallace and 14-year-old Varnando Jones. In a 10-day period, four Chicago toddlers were shot. Two of them died.

So far this year, more than 1,900 people have been shot in the city, and around 400 have been killed.

Pastor Rodriguez mobilized Christians to march and prayer walk in the city’s neighborhoods starting July 13. Rodriguez, pastor of New City Fellowship, started in his backyard in Humboldt Park and moved on to Logan Square, Englewood, and Austin. He’s working to get other churches to join him in praying and fasting to stop the violence.

“As many Christian brothers and sisters as can, come join us.” 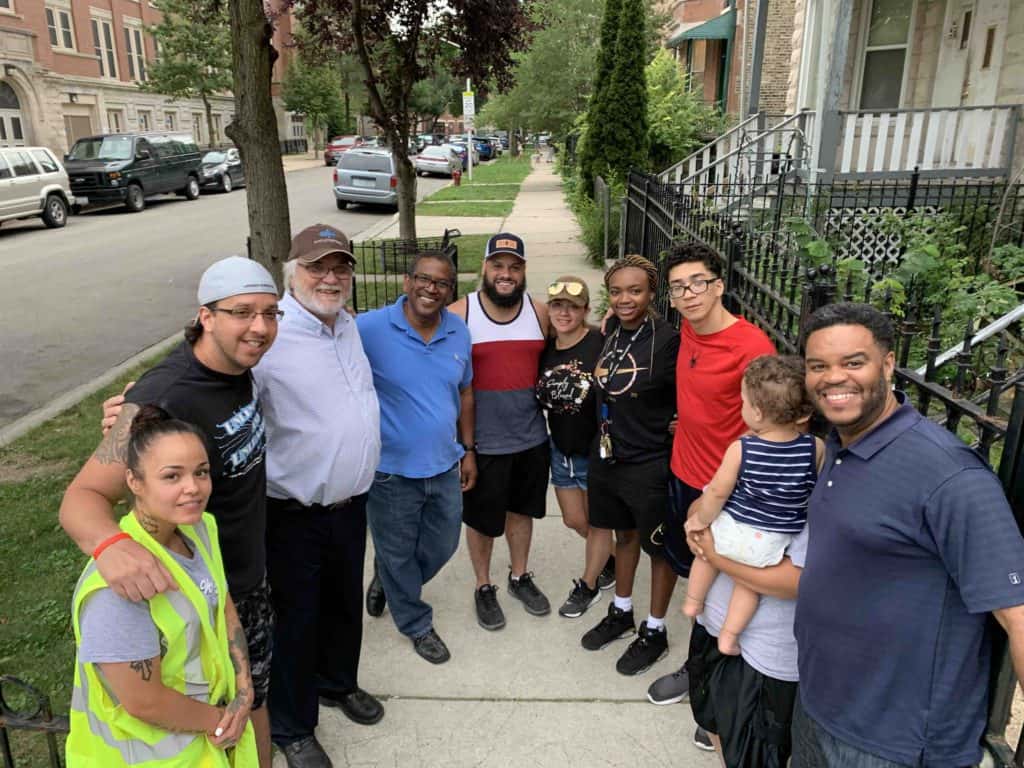 Church members and leaders from Chicago and Springfield joined Pastor Edgar Rodriguez (second from left) on a July 20 prayer walk in Chicago’s Humboldt Park neighborhood. The walk is one of several Rodriguez organized amid heightened gun violence in the city.

Doug Morrow, co-pastor of Together Church in Springfield, led a group of men to join Rodriguez in a July 20 prayer walk through Humboldt Park. “We visited and prayed with several community members,” said Morrow, who also serves as executive director of the Baptist Foundation of Illinois. “One single mother had her son T.J. with her. He was about 3 1/2 and proud of his shoes as he ran around. We visited and asked how we could pray for her…When we asked what her greatest need was, she said, ‘Safety for my son. I don’t want him growing up in the streets.’”

After the Fourth of July weekend violence, Pastor Corey Brooks told FOX News, “People are afraid to leave the house….They’re causing havoc in our community and they are causing a lot of destruction and unfortunately, as a result of their destruction, children are being shot. Innocent bystanders are being shot.”

Brooks pastors New Beginnings, an IBSA-member church in the city. He said something must be done immediately about the violence.

Rodriguez said it’s been a blessing to walk the neighborhoods and pray with people, but he also noted an overall sense of hopelessness. “One guy was 28 and said [his life is] already gone, there’s nothing you can do. ‘All this Jesus talk, it’s too long. You should have been out here when I was young.’”

The pastor and those walking with him are seeking transformation. “We’re not trying to pray these people out of their neighborhoods, we’re trying to pray that Jesus enters their heart and changes them so that they can be a part of the change in that community,” Rodriguez said.

“Where salt and light are, darkness leaves.”