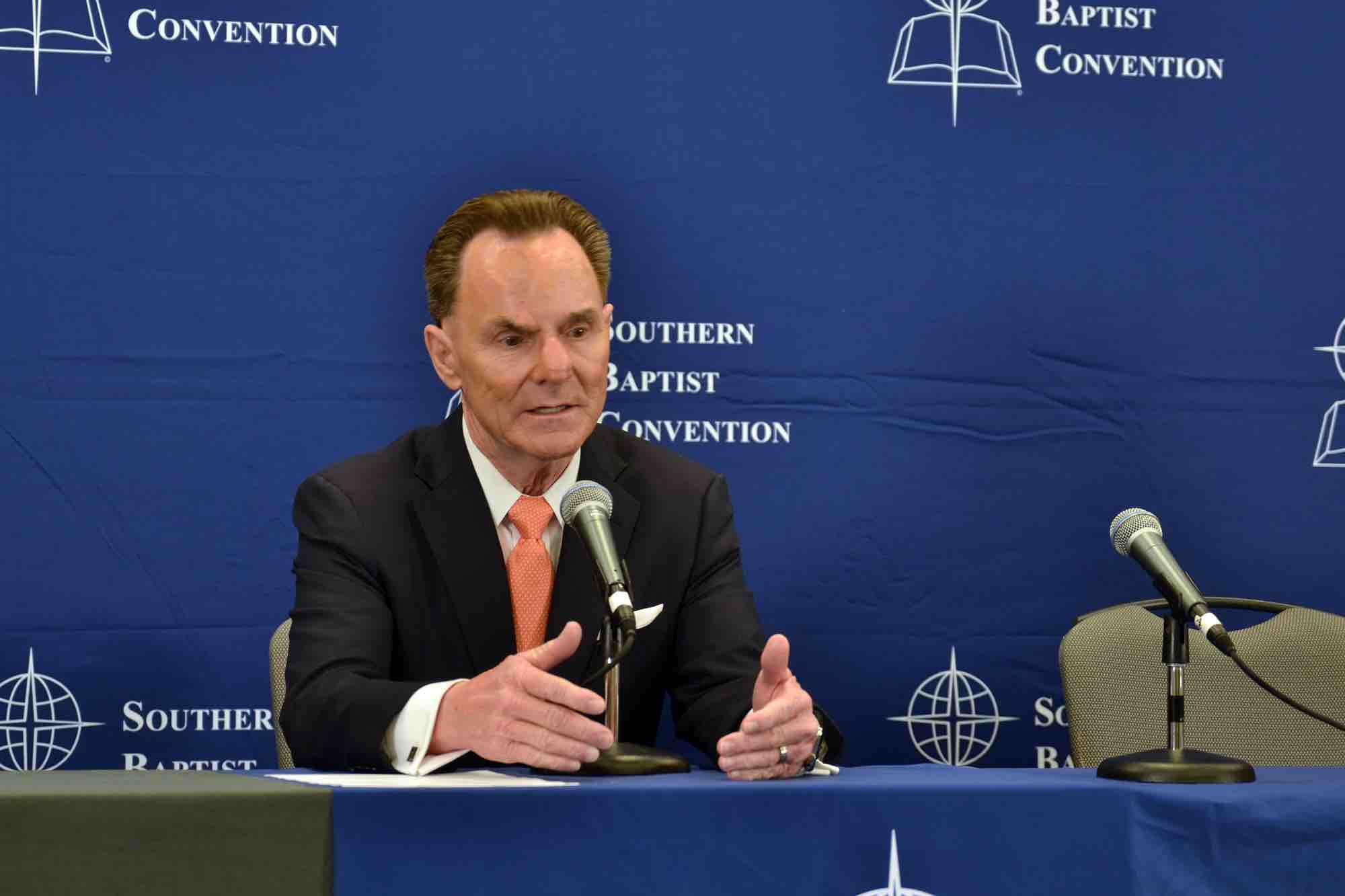 Ronnie Floyd’s April 2 election as president of the Southern Baptist Convention Executive Committee culminated almost a year of work for the search team charged with nominating him.

Adron Robinson, pastor of Hillcrest Baptist Church in Country Club Hills and president of IBSA, served as vice chairman of the search committee. During the interview process, Robinson said, Floyd rose to the top of the search team’s list because of his extensive leadership background and detailed vision for the SBC.

“We needed a proven leader,” Robinson said, noting Floyd’s decades of pastoring a vibrant, baptizing, church-planting church. “That type of sustained leadership of a healthy ministry said a lot about his leadership capacity.”

Floyd has pastored Cross Church, a multi-site congregation in northwest Arkansas, for 33 years. He is a former president of the Southern Baptist Convention (2014-2016), and also chaired the Great Commission Task Force (2009-2010) and the Executive Committee (1995-1997).

Following his election, Floyd met with SBC leaders and groups in a series of video conferences and conference calls. “Before Birmingham it will be our goal to get in a room [with SBC leaders] and come to a common solution we can all agree upon,” Floyd told leaders.

Floyd’s vision for the denomination “multigenerational, multiethnic, and multilingual,” Robinson said. At the 2015 Southern Baptist Convention in Columbus, Ohio, then-SBC President Floyd gathered pastors and leaders from multiple ethnic groups to pray corporately for racial reconciliation. The next year, he invited National Baptist Convention President Jerry Young and other leaders to engage in a panel discussion on racial unity in America.

His frequent communication with Baptists through blog posts and social media was a hallmark of Floyd’s SBC presidency, and Robinson said that will continue as Floyd assumes his new role.

“I think that’s going to be part of his mission, to get the story of the SBC out to the rest of the world. To highlight the things we’re doing well, so that we’re not just known for what we’re against, but what we’re for, and what we’re doing to fulfill the Great Commission.”

That charge to make disciples of all nations—given by Jesus to his followers in Matthew 28:19-20—is the “missional vision” of Southern Baptists, Floyd said after his election. “It will be to that end, that end of reaching the world that I will give my life…in this next season—100 percent, from before daylight until exhaustion, until Jesus comes or until he calls me home.”