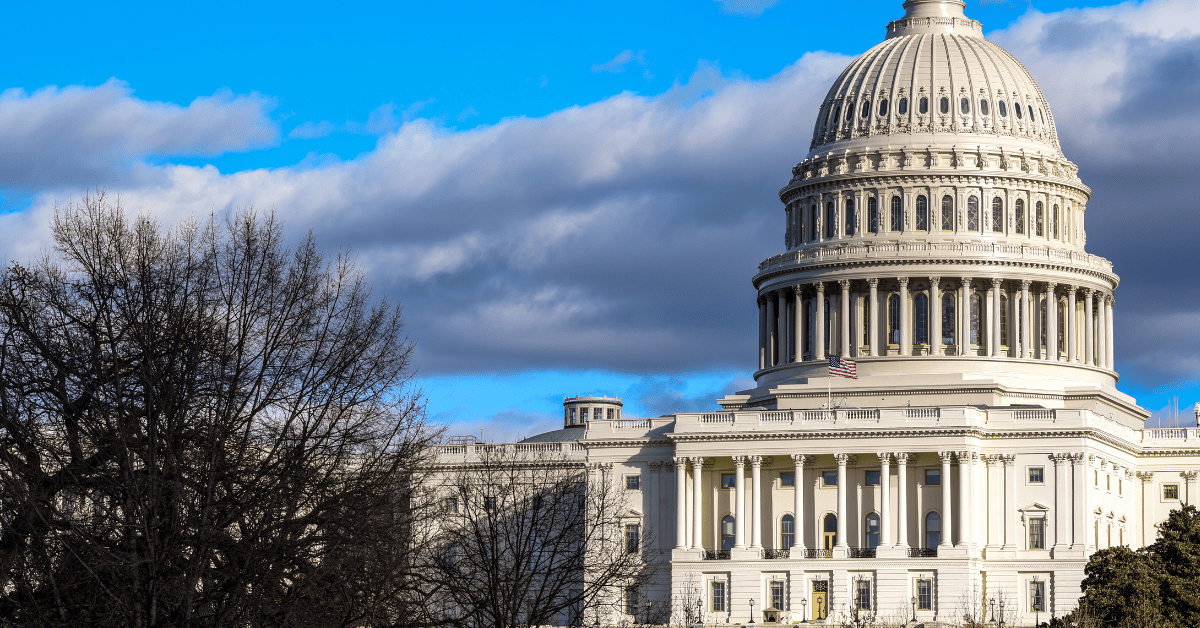 Even as the U.S. Congress was working out differences in versions of the Respect for Marriage Act (RMA) passed by the Senate and the House of Representatives, religious liberty advocates said the law to enshrine same-sex marriage was doing little to protect the rights of churches and institutions that hold a traditional, biblical view of marriage. At the same time, new polling shows a majority of American adults now support same-sex marriage, but half are also concerned about RMA’s impact on religious freedom for dissenters.

The House voted 258-169 for RMA Dec. 8, following Senate approval ten days earlier. The action repeals the 1996 Defense of Marriage Act (DOMA), which defined marriage as being between a man and a woman. RMA does not require states to legalize same-sex marriage, but it requires all states to recognize the legality of a same-sex marriage performed in any other state where it is legal.

Ahead of the vote, IBSA Executive Director Nate Adams notified two U.S. Congressmen from Illinois about concerns for protection of the rights of churches and Christians who hold to a biblical definition of marriage.

“While the amendments added by the Senate (in November) make some progress in addressing those concerns through language offering limited protection to religious non-profit organizations,” Adams wrote, “the bill still invites an increase in litigation aimed toward faith-based organizations and especially individuals attempting to live out sincerely held religious beliefs in ways beyond ‘solemnizing and celebrating marriages.’”

Adams pointed out several resolutions passed by messengers at IBSA Annual Meetings in recent years that support biblical marriage, and he pointed to the force of 175,000 Illinois Baptists who bring faith to their political decisions.

Republicans Mike Bost, Mary Miller, and Darrin LaHood voted against the final version of the measure. Adam Kinzinger did not vote. The remainder of Illinois’ representatives, Republican Rodney Davis and 13 Democrats, voted for RMA.

“This result is a disappointing end to months of dedicated work against the Respect for Marriage Act,” Hannah Daniel, policy manager for the SBC’s Ethics and Religious Liberty Commission (ERLC), told Baptist Press. “Though we had sincerely hoped that this vote would fail, we will move forward with continued fervor in our work to protect religious liberty…. As Southern Baptists, we will continue to live out the gospel to a confused and watching world in need of hope and clarity.”

There were several attempts in the Senate to beef up language to protect religious institutions. The final version passed by both houses and sent to President Biden’s desk says nothing in the bill “shall be construed to diminish or abrogate a religious liberty or conscience protection” available to a person or organization under the U.S. Constitution or federal law. It also says nonprofit organizations, including churches, will not be required to provide services “for the solemnization or celebration of a marriage.”

But that language, however tepid, leaves Christian business owners in the cold. RMA allows private individuals as well as the U.S. attorney general to bring civil action in federal court. Recent cases involving creative services providers such florists and bakers who turned down LGBTQ customers show how they might be sued under RMA in the future.

After the bill passed the Senate in November, Ryan Bangert of the Alliance Defending Freedom said the bill “undermines religious freedom everywhere and exposes Americans throughout the country to predatory lawsuits by activists seeking to use the threat of litigation to silence debate and exclude people of faith from the public square.”

Rasmussen Reports polled 1,000 voters on that statement, and while 62% expressed support for RMA, 50% agreed with Bangert’s statement that RMA undermines religious freedom and opens the door for lawsuits to silence people of faith; 39% disagreed, and 12% were unsure.

More than 60 Christian institutions, universities, and non-profits opposed the Respect for Marriage Act when it was first filed. Some notable organizations switched sides after some religious liberty language was added, including the National Association of Evangelicals and the Council for Christian Colleges and Universities; however, the SBC’s ERLC, ADF, and Religious Freedom Institute maintained their opposition, as did the U.S. Conference of Catholic Bishops, Ethics and Public Policy Center, and Family Research Council.

–IB Staff with reporting by Baptist Press and Christian Post.