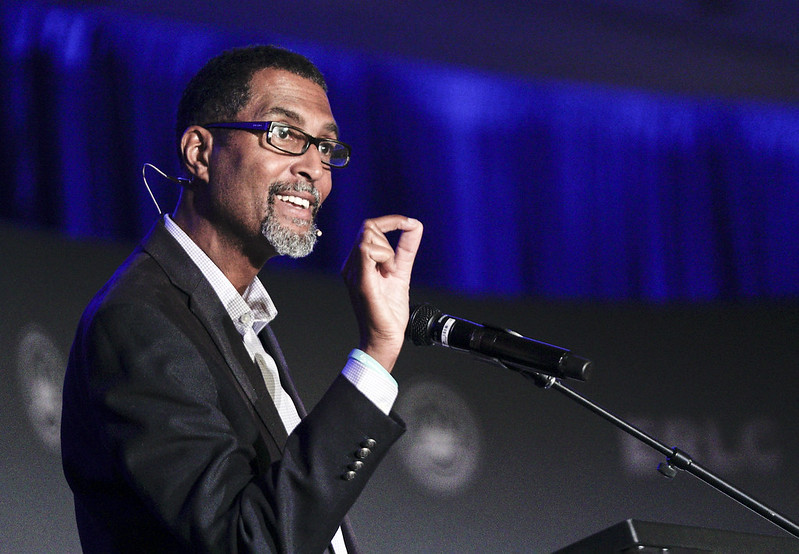 The last day of the convention is a “downhill day.” Anticipations, expectations, and even tensions build the first few days. Wednesday is the peak, the height of all that messengers come expecting. The most talked-about votes are now in the past. Most of what is left are reports, seminary luncheons, and last opportunities to catch up with friends who’ve made the trip.

At breakfast, the hotel lobby reflected this. Several were on their way home already. Inside the convention hall the crowds and vote counts also reflected this. Almost 3,000 less voted for second vice president today than for president yesterday.

Smaller crowds and less anticipated votes do not mean that nothing significant happened on the last day in Anaheim, though. Most notable was the vote on the earlier motion from the floor to eliminate the Ethics and Religious Liberty Commission. Debate for and against from the floor was vigorous. Former ERLC president Richard Land even appeared at a floor microphone to speak against the motion.

Land warned against the motion, emphasizing the expected announcement of the Supreme Court overturning Roe v. Wade, which will send abortion back to the states. Illinois was mentioned as a vital battleground in the days to come, due to the state government’s enthusiastic support of abortion. Land urged the crowd that the ERLC will be a needed partner to churches, pregnancy centers, and pro-life advocates.

Land received loud applause as he ended by that attempts to solve disagreements with the ERLC by eliminating it would be like taking a cannon to a mosquito. “The mosquito dies, but there is great destruction, as well.” The attempt to eliminate the ERLC, which would have required 2/3 majority, failed to receive sufficient votes.

A full afternoon session carried a similar theme for Illinois Baptists. During the continuing time for resolutions and during the ERLC’s report, much of the floor discussion centered around differing views on accomplishing the elimination of abortion in America. During a session titled “Standing For Life: Equipping the Church for a Post-Roe World,” ERLC vice chair Kevin Smith challenged messengers to continue speaking against abortion while taking up the new challenge in states like Illinois that will become abortion destinations.

To end the day, new officers were presented and Steve Horn, Executive Director at the Louisiana Baptist Convention prayed the final prayer. California was a great host, and 110 Illinois Baptists now head home to do what they do best—serve the local church, the headquarters of the Southern Baptist Convention.