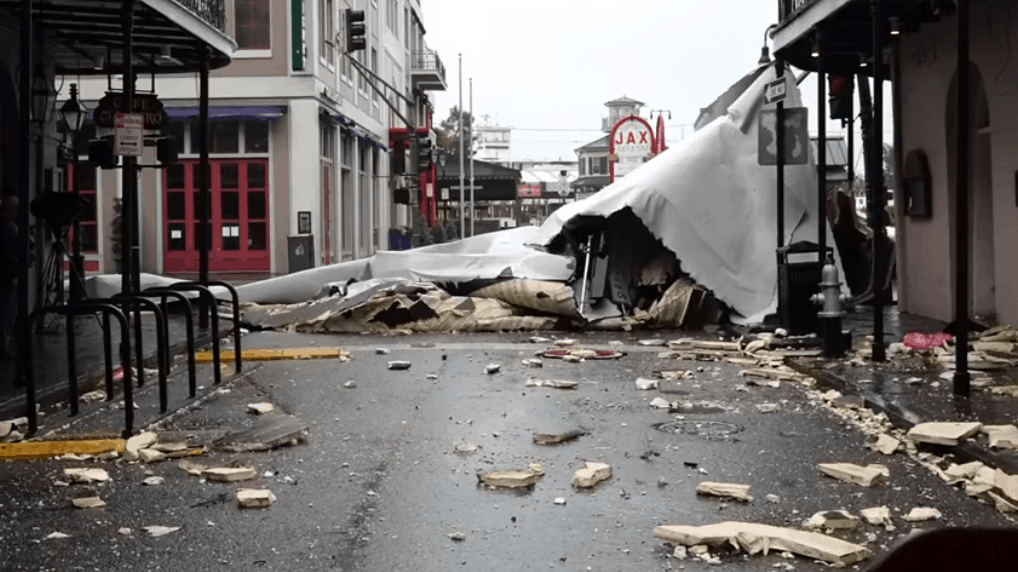 Southern Baptist Disaster Relief teams in several states are on alert for likely deployment in the aftermath of Hurricane Ida, which made landfall Aug. 29 as a Category 4 storm.

Ida made landfall near Port Fourchon, Louisiana, around noon Sunday as a high-end Category 4 hurricane with maximum sustained winds of 150 mph. The strong winds downed trees and power lines, and heavy rains caused localized flooding in New Orleans and other cities in the storm’s path. At least one death has been attributed to Ida in Louisiana.

Louisiana Gov. John Bel Edwards in an early Monday morning tweet asked residents to remain in place due to “many hazards across Louisiana including flooded roadways, debris & downed powerlines.”

A 4 a.m. update from the National Hurricane Center this morning (Aug. 30) said dangerous storm surge flooding is still possible along Louisiana’s coast and warned local levees could breach in areas of high storm surge and rainfall.

All of New Orleans was without power Sunday night, and more than 1 million customers in Louisiana and Mississippi were without power as of early Monday. More power outages are anticipated as the storm moves northward.

Dew tweeted: “Very thankful this morning. No flooding on campus or major building damage. LOTS of tree and shingle damage. We will open campus as soon as possible, but until you hear from us, DO NOT plan your return to campus just yet.”

Ahead of the storm, Dew and campus leaders recommended evacuation of the campus.

Though Ida weakened to tropical storm strength as it moved inland, the storm is still expected to bring high winds and heavy rains to portions of Louisiana, Mississippi, Alabama and Tennessee as it tracks north and east across the U.S.

As emergency management officials assess damage in the first-hit areas, Southern Baptist Disaster Relief teams are on alert and preparing a response.

Will Hall, editor of the Louisiana Baptist Message, said Disaster Relief leaders in Louisiana are meeting this morning to assess next steps.

“Much of the damaged areas are restricted either by order or to blockages from the storm,” he noted. (Read more from The Baptist Message here.)

Texas Baptist Men reported on Monday morning that TBM Disaster Relief volunteers are headed to Southern Louisiana with a mobile kitchen capable of providing 30,000 meals a day, along with a shower/laundry unit, incident management team, assessors and an electrical support unit.

Meanwhile, as Tennessee Baptist Disaster Relief teams continue to assist flood victims in Middle Tennessee, officials said in a Facebook post that other TBDR units are on alert to respond to Hurricane Ida if necessary.

“Pray for those that are in the path of the storm (Hurricane Ida) and those that will be responding,” the post said. “Pray also that our response to the Waverly flooding will remain strong until all job requests are done.”