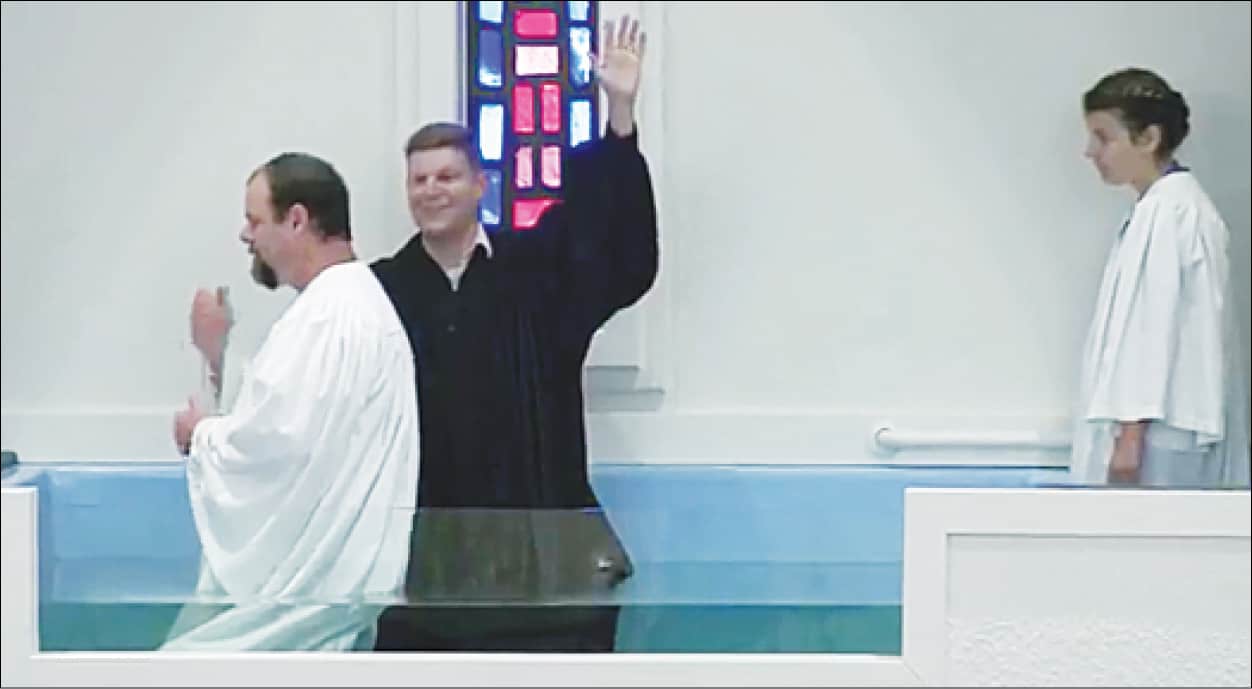 Justin was sitting in the hospital waiting room while his 8-year-old daughter was having open heart surgery. That was two-and-a-half years ago, when I first talked with him about spiritual things. And that’s when he became the “one” I was praying for.

Not long after that. Justin met me for breakfast at a local restaurant. His son who was five at the time was with him. The boy was a bundle of energy, dad was kind of nervous, and our conversation about his faith didn’t go very far. But I decided I would keep praying.

Justin’s wife, Cassie, teaches school with my wife, Michelle. She’s active in our church’s Sunday school ministry, and she’s praying for her husband. I joined that prayer effort as part of my commitment to “Who’s Your One?” The prayer evangelism initiative developed at Summit Church in Durham, N.C., was introduced to Southern Baptists by Pastor J. D. Greear after he was elected SBC President in 2018. The initiative urges every Southern Baptist to select one lost person to pray for and to engage them with the gospel.

I have encouraged our congregation at Immanuel Baptist Church in Benton to pray for lost people consistently. We have previously prayed for our TOP 5 (five individuals who need a relationship with Jesus), looking at family, co-workers, and people who live nearby who may not know Jesus as Savior. While some may desire to pray for more than one, any number is better than zero, which is the commitment too many people have made.

So, that’s how Justin became the “one” who’s salvation I focused on. I began looking for opportunities to connect with him, an all-American guy, hunter, dedicated family man, and lost. I invited him to special events at church, to Christmas service or Friend Day. Two years later, I was still praying for his salvation.

Cassie told us in January of this year that Karrigan needed another open-heart surgery. Doctors didn’t give her much hope. “Go home and hug your daughter,” they said. “She will probably not make it through surgery.”

But she did. God moved in an amazing way. The doctors were astonished, and Justin’s heart was softened.

Before the operation, I visited with Karrigan and the family at their home. I shared the Evangicube with Karrigan, who was 10 years old by now. She prayed to receive Christ. Later, Justin said, “I like those pictures in that box.” It was clear that here’s a guy who loves his daughter, who’s hurting, and who needs Jesus. I knew God was working.

“I believe there’s a God,” he said to me, “but I never asked him to save me.” With tears coming down his cheeks, Justin asked Jesus to become his Savior.

God uses a simple gospel to impact people more than we give him credit for. And God has chosen us to be the vessels for sharing his gospel. If we don’t share, then we miss the joy of seeing God at work.

In July, Justin and Karrigan were baptized. There wasn’t a dry eye in church as Cassie publicly thanked God for healing her precious daughter and saving both her daughter and her husband. It was a joint effort with a loving God, a praying wife, and a pastor looking for opportunities to share the gospel. But what a blessing when that “one” you’re praying for comes to faith in Christ.

Sammy Simmons is pastor of Immanuel Baptist Church in Benton, Illinois. He is serving as president of IBSA.