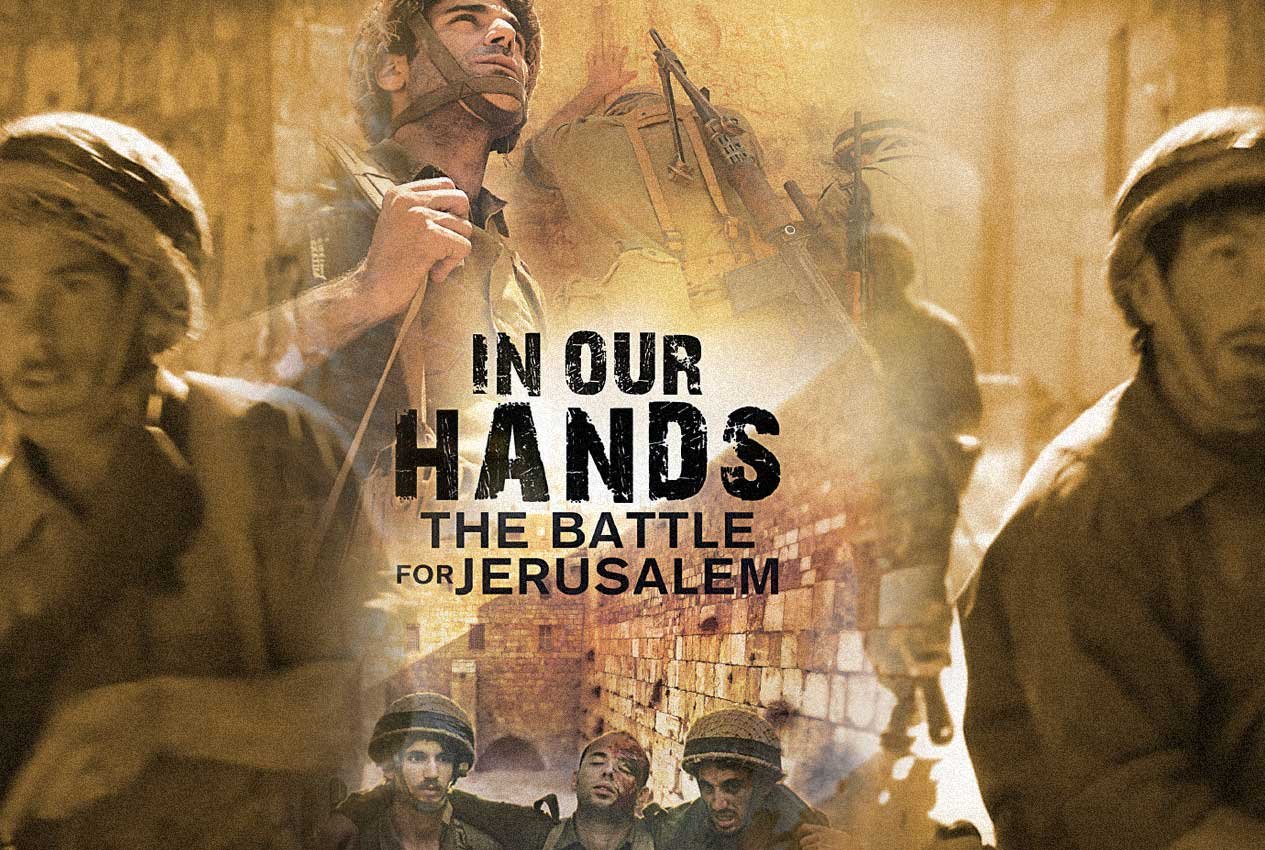 Update: Due to a near record turnout in theaters May 23, Fathom Events will bring “In Our Hands: The Battle for Jerusalem” back to theaters on June 1. To learn more visit InOurHands1967.com.

I met the younger Robertson, now the CEO of his father’s network, at the recent Evangelical Press Association Conference in Chicagoland. He was there to screen his  docudrama, “In Our Hands: The Battle for Jerusalem,” which follows Israel’s 55th Paratrooper Brigade during the Six Day War as they battled their way into the old city, eventually unifying it under Israeli control.

The film, which is being released prior to the 50th anniversary of the war in June, includes interviews with the soldiers who fought and re-enactments showing how armies from Egypt, Jordan, and Syria joined together to attempt to banish the state of Israel. It highlights the determination of the Israeli people, the tension between them and Arab leaders, how God keeps his promises, and how some of those who fought felt they didn’t really win because they didn’t keep the Temple Mount for Israel.

Robertson was incredibly knowledgeable about the subject, having made several trips to the Middle East and met many of its leaders. My conversation with him, and my viewing of the documentary, felt especially timely in light of current global events—and throws into sharp relief the severe divisions still present in the region.

President Trump met with Palestinian Authority leader Mahmoud Abbas earlier this month and is expected to visit Israel at the end of May. The president hopes to broker peace between Israel and Palestine, but many who are knowledgeable about the long-standing conflict between the two have noted the leaders of both sides appear much less willing to meet in the middle.

In a column for Denver Post, writer Greg Dobbs pointed out that the eight U.S. presidents preceding Trump have all worked in some capacity toward peace between Israel and Palestine—ultimately to no avail. “Some expended more energy and intellect than others. Some came closer than others,” Dobbs wrote. “But ultimately, all failed.”

Taken in the current context, Gordon Robertson’s documentary is an important picture of the complicated struggle that embroils the Middle East, and of the often arduous journey toward any lasting peace. The film will be shown in theaters for one night on May 23; I highly recommend it.