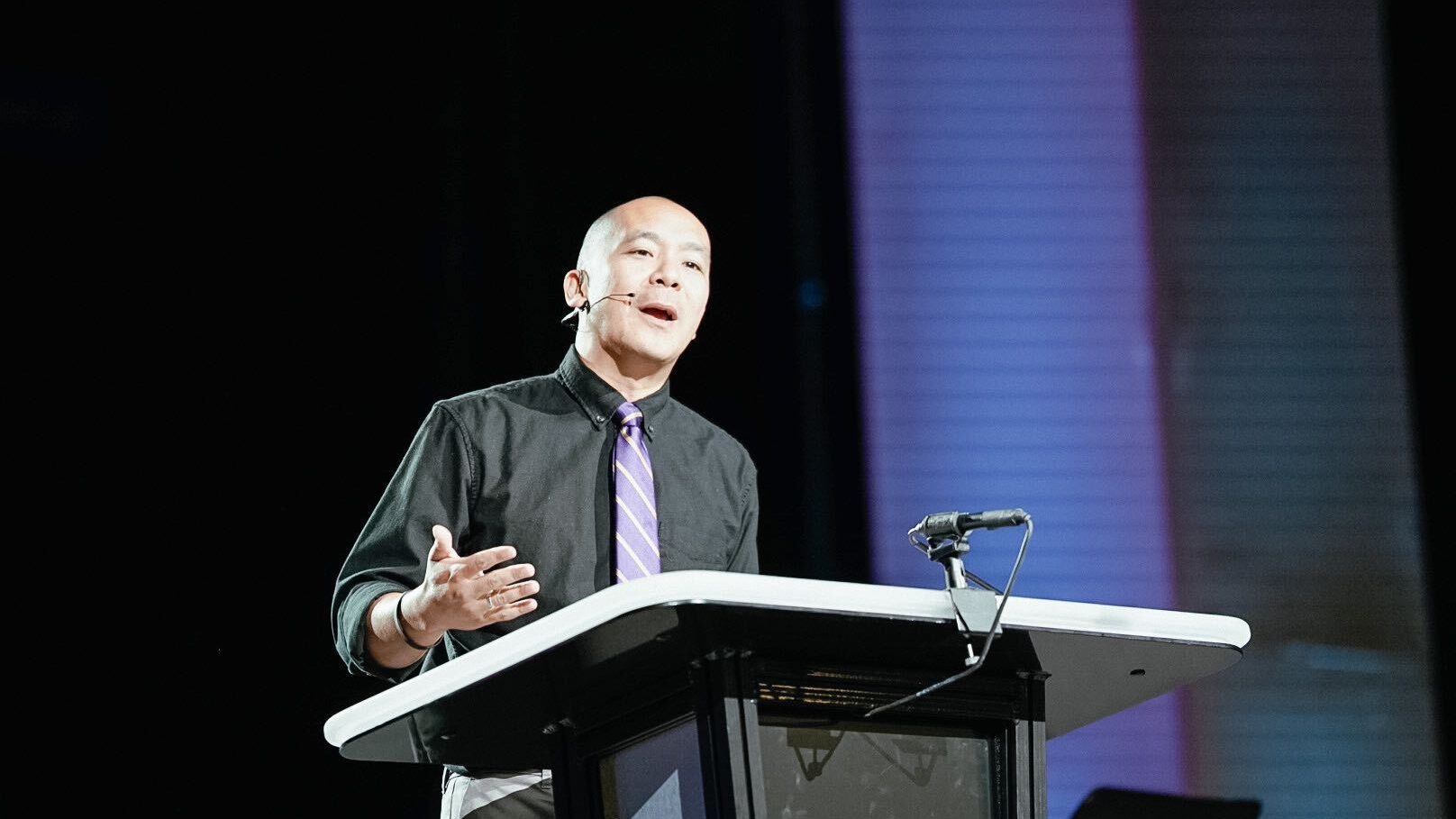 “When a false idea captivates your mind as true – captivates your heart as true – the results can be deadly,” said P.J. Tibayan, pastor of Bethany Baptist Church in Bellflower, California. But through fulfillment in Christ, disaster can be avoided.

Tibayan preached from Colossians 2:8–23 on June 13, the second day of the Southern Baptist Convention Pastors Conference in Anaheim.

“There are all kinds of bad ideas out there — on the internet, in our churches, on the news, in our neighborhoods,” he noted. “Most of those ideas are not attractive to us as pastors and to our members.

“But … some of them are captivating,” he noted. “These are the ones that threaten our souls, our ministries, our churches and our witness.”

“Can pastors go astray?” he asked. “Yes, absolutely. They do.”

Tibayan noted he had read the report released by the SBC Sexual Abuse Task Force in May, and it alarmed him because it confirmed how anyone — even him — can be led astray.

“I told an interviewer that I was scared for my own soul that I can be captivated by sexually immoral sin and even assault,” he said. “It was scary reading that. I see the sin in my own life. I know the temptations in my own life that no one else knows. And if those captivate my heart and mind, I can be led astray — and the consequences would be deadly.”

He noted that the purpose of Colossians 2:8–23 is “to equip us and strengthen us to continue in Christ and avoid being captivated by attractive bad ideas, dangerous ideas.”

Tibayan explained how the saints in Colossae were being tempted by outside ideas even though they wanted to “live a truly full and fulfilled life in Christ.”

But in valuing fulfillment, he noted, they became vulnerable to false ideas. One of the keys, Tibayan noted, to finding true fulfillment in Christ is through continuing to “walk in Christ with rootedness, edification, stability and gratitude.”

Avoiding being derailed in your faith

In order to avoid being derailed in your faith, Tibayan said, “God is calling you to discern and deny non-Christ judgments so that you continue living your fullness in Christ Jesus.”

He added, “We are fully free, fully forgiven, fully fulfilled in an intimate and unbreakable union with Christ. … And brothers that is unbreakable.”