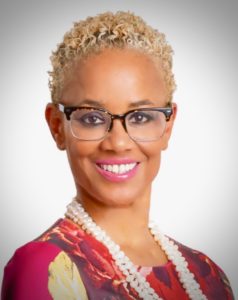 Brook Bello was raped at the age of 11, sex trafficked at 15, and forced to undergo multiple abortions by her trafficker. “Had my parents been notified, my mother would have [known] what city I was near.” Bello (right) believes law enforcement could have been alerted, and she may have been rescued sooner.

That’s why she begged Illinois lawmakers to keep the parental notification requirement currently in the state’s abortion regulations. “I beg of you, Illinois. I plead, Illinois, to not reverse, to please notify parents….Give them a safe place to call and notify parents.” Watch her testimony here.

Bello’s plea came in a news conference opposing “Repeal the Parental Notice of Abortion Act” (HB 1797 and SB 2190) pending in the spring session of the Illinois General Assembly. The bills would repeal current state law requiring women under age 18 to notify a parent, legal guardian, or grandparent at least 48 hours prior to an abortion.

About 1,000 minors in the state undergo an abortion annually, according to Catholic News Agency.

Parents for the Protection of Girls, a coalition of pro-life groups in Illinois, hosted the virtual gathering with Bello and human trafficking expert Laura Lederer. Nine-in-ten trafficking survivors reported having contact with some kind of healthcare provider, according to Lederer, with 71% saying they got pregnant at least once while being trafficked. In addition, 55% reported having at least one abortion with 30% undergoing multiple abortions.

“Abortion and sex trafficking transcend the usual political boundaries of the abortion debate,” Lederer said, “since it violates both the pro-life belief that abortion takes an innocent life and also the pro-choice ideal of a woman’s freedom to make her own reproductive choices.”

Both sides in the abortion debate should support parental notification, Lederer concluded.

After her rescue, Bello returned to school, completed a doctorate, and founded More Too Life, an anti-trafficking organization. She is also an author, pastoral counselor, wife, and recipient of a Lifetime Achievement Award from President Barrack Obama.

But she can’t have children.

“All I ever wanted was to be loved, to be married, to have three children. They’re in heaven.”