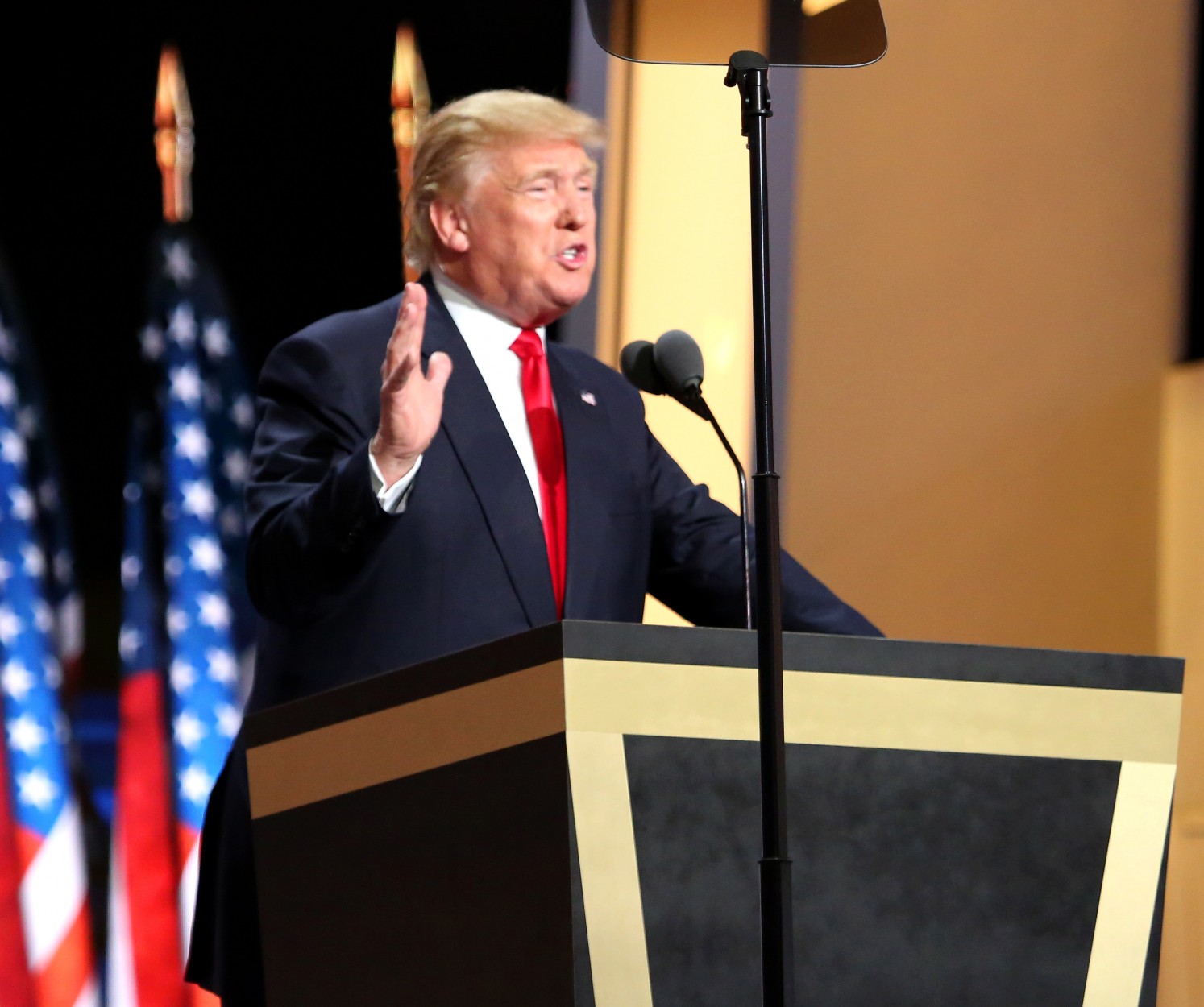 A look at the electoral map says it all. A swath of blue on the West Coast and Northeast, and mostly red in the vast middle. Except for Minnesota and Illinois. We live in a divided nation.

For Christians, the issue today is how do we live Christ-like, now that the nation has chosen a president after a divisive and nasty two-year contest. Can we begin, as one observer put it, to love our neighbor who has “the wrong political sign” in his yard? Or to pray for political leaders of all parties to overcome division for the sake of the nation?

At 81%, the majority support for Trump by white evangelicals was a surprise to some, after leading evangelical leaders split on the candidate. His conservative stance on moral and political issues traditionally important to born-again believers was at odds with his irreligious lifestyle.

Russell Moore of the SBC’s Ethics and Religious Liberty Commission, is one of the few Southern Baptists who spoke against Trump, based on the candidate’s behaviors. Moore consistently urged Southern Baptists to keep conservative politics from swamping biblical beliefs. And his view the day after the election? He tweeted congratulations and called for prayer.

“The most important lesson we should learn is that the church must stand against the way politics has become a religion, and religion has become politics,” Moore wrote on his blog. “We can hear this idolatrous pull even in the apocalyptic language used by many in this election—as we have seen in every election in recent years—that this election is our ‘last chance.’”

“White Christians are declining every year by a percentage point or more as a proportion of the population,” Jones told Religion News Service. “So when Trump says, ‘I’m your last chance, folks,’ there’s a real truth to that.”

Some analysts attribute Trump’s victory to a middle-class, middle-of-the-country rebuke of the Obama legacy and the liberal cultural shift during his administration, as exemplified by the legalization of same-sex marriage and the recent actions on transgender issues. Others say Clinton lost, in part, because she ignored evangelicals.

“We asked for the votes of evangelicals and the Clinton campaign didn’t,” said Michael Wear, who served as faith outreach director for President Barack Obama’s 2012 reelection campaign. “It’s a campaign, you ask for people’s votes. And Hillary asked for just about every vote except this group of voters,” he told World magazine.

Arkansas pastor Ronnie Floyd didn’t endorse Trump while he served as SBC President. But the week after he was succeeded by Tennessee pastor Steve Gaines, Floyd was one of a handful of SBC leaders who attended Trump’s meeting with nearly 1,000 evangelicals. Now, Floyd advises prayer.

“Please prioritize praying for Trump….(and) for Vice President-Elect Mike Pence,” Floyd wrote on his blog. “Pray for wisdom, future, security, protection and leadership that will be extended to our nation. Pray for Trump as he selects members for his cabinet and begins the appointments of hundreds of people.”

The next move by evangelicals is to “stay in the game,” says Ed Stetzer of the Billy Graham Center at Wheaton College. Evangelicals who helped give Trump the office have a responsibility to help mold his presidency.

“There are many evangelicals who voted for Trump, and many Evangelicals who advised him,” Stetzer wrote for Christianity Today. “It’s time to advise him now that immigrants are made in the image of God, women are not tools and toys, racial and religious prejudice must be confronted, and so much more.”

Stetzer noted the decided shift on the importance of a candidate’s character to evangelical voters who supported Trump. “The answer is not for us to change our views on character, it’s to help a flawed candidate become a President of character.