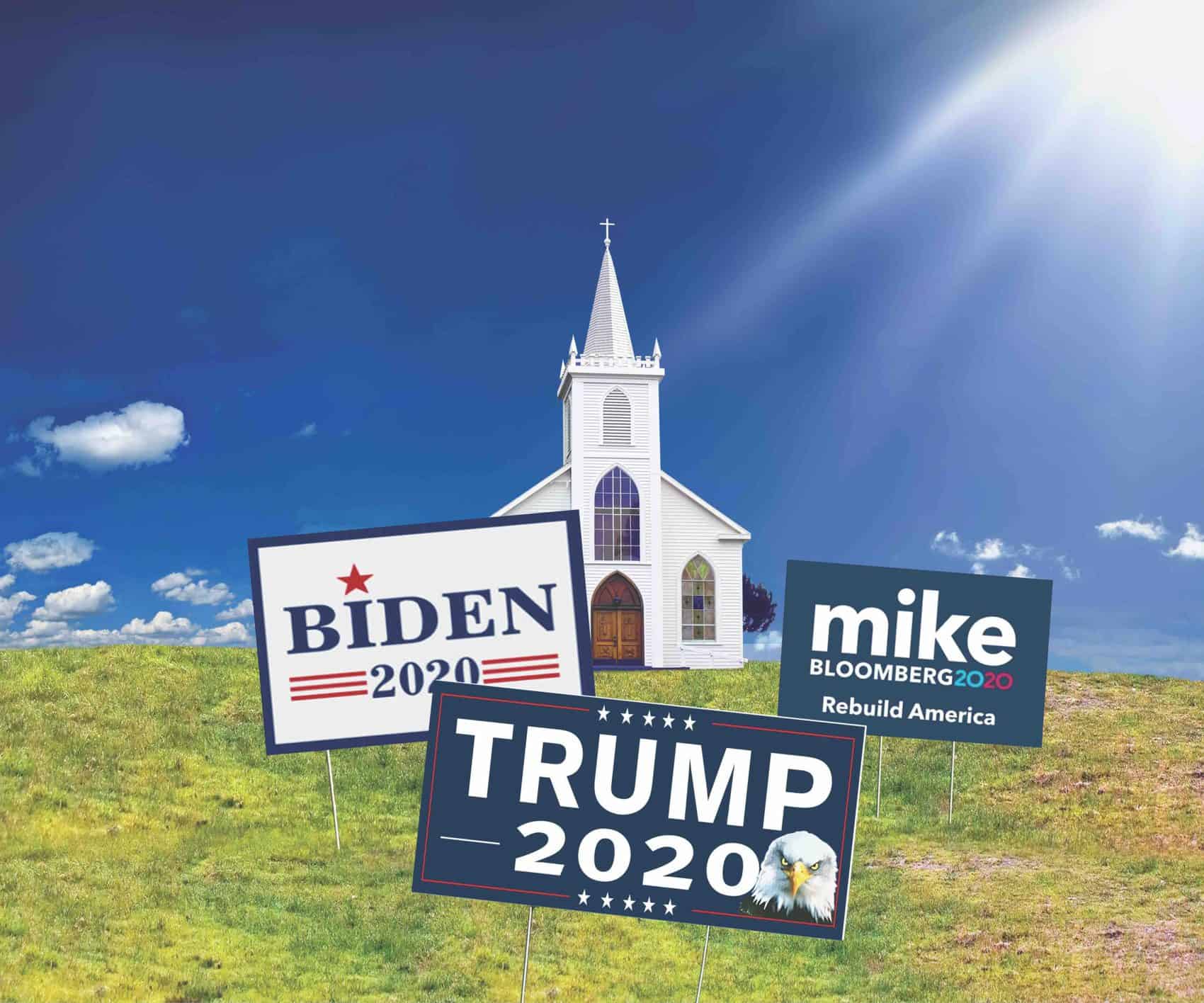 Sun rays shining down on a small Christian Church on a hill.

If the polls ahead of the 2020 presidential primaries had not already told us, the divisive and angry nature of American politics was affirmed with the impeachment vote in the U.S. House of Representatives Dec. 18. While the nation awaits a vote in the Senate to remove President Donald Trump from office—a move that seems unlikely given the partisan divide on the articles of impeachment—it may be pastors who are wondering how the arguments will be played out on their own turf.

It wasn’t enough that a few cars in the church parking lot had bumper stickers favoring one party or political position. Now the debate at church—if there is any—heats up ahead of the first primary elections.

USA Today reported in December that 9-in-10 Americans say it’s important that the U.S. try to reduce the current culture of divisiveness, and that was before Trump became only the third U.S. president to be impeached.

The poll by Public Agenda/USA Today/Ipsos also found 9-in-10 Americans said it’s important to them that the candidate they vote for “actively works toward unifying the country and making it less divisive.”

The desire for unity is even more acute at church, where Christians are called to rally around Jesus’ call to make disciples. What if the people in the pews have different political views? Should churches even engage in politics? What are some foundational principles for believers hoping to engage in politics graciously and redemptively?

The Illinois Baptist talked to three IBSA pastors leading their churches through the polarized political climate of 2020.

Weird, but winsome
Two-thirds of Americans told Pew that churches should keep out of political matters. A larger percentage said churches shouldn’t come out in favor of one candidate over another.

At Lincoln Avenue Baptist Church in Jacksonville, Pastor Jeremy Byrd is careful to keep Christ’s power at the center, rather than the power of a political party or policy. “When I preach or teach, my intent is to demonstrate that Christ alone is the answer to the ails of our society.”

To be better neighbors to the people around us, Byrd said, Christians have to embrace the gospel, rather than a political platform. It’s not as simple as saying, “Just preach the gospel,” he said, because God and the gospel are definitely concerned with social issues.

“At the same time, I do not pretend that one party is going to better solve the issues facing Americans. Whenever politics are addressed in an official way through our pulpit or teaching ministries, it is in that our hopes cannot rest in Democrats or Republicans, but in Christ alone. He alone can right the wrongs in our culture, and he is accomplishing this.”

Nathan Carter recently led his church through a multi-week teaching series on being “winsomely weird.” One session focused on politics. “Christians have a great opportunity to be winsomely weird in our partisan climate,” explained the pastor of Immanuel Baptist Church in Chicago. The first way: setting our allegiance to the kingdom of God, rather than the kingdoms of the world.

Still, Christians are in this world and citizens of its temporal governments. As such, Carter said, believers should be the best citizens they can, voting for godly values.

“Our convictions about what is best for people and society won’t line up easily with one party or match an ideology,” Carter told his church. “We will bust those categories and confound the world.”

Big issues in small groups
“There’s enough sin on both sides of the aisle,” Pastor Belafae Johnson tells his congregation. It’s his way of warning believers not to anoint one political party as holier than another.

Johnson describes Purposed Church in Mascoutah as “mixed” in terms of ethnicity and political views. He doesn’t preach about political issues in a partisan way. He does, however, tackle issues that cross political lines when they surface in Scripture. In a recent sermon series through Ecclesiastes, Johnson’s church heard the writer’s frustration with the abuse of a certain group of people.

“We have to approach those things when we see it,” Johnson said.

In many churches, politics may take a break during Sunday services, but can surface quickly in smaller gatherings. Johnson recalled a community group meeting where an African American man confessed his struggle with being a black man in America. He confessed where his own sin played a role in his feelings, Johnson said, but also where he perceived sin from others.

“I think those are situations that will come up, and really honestly should come up,” Johnson said, “if we are truly creating a culture of believers coming together and being one.”