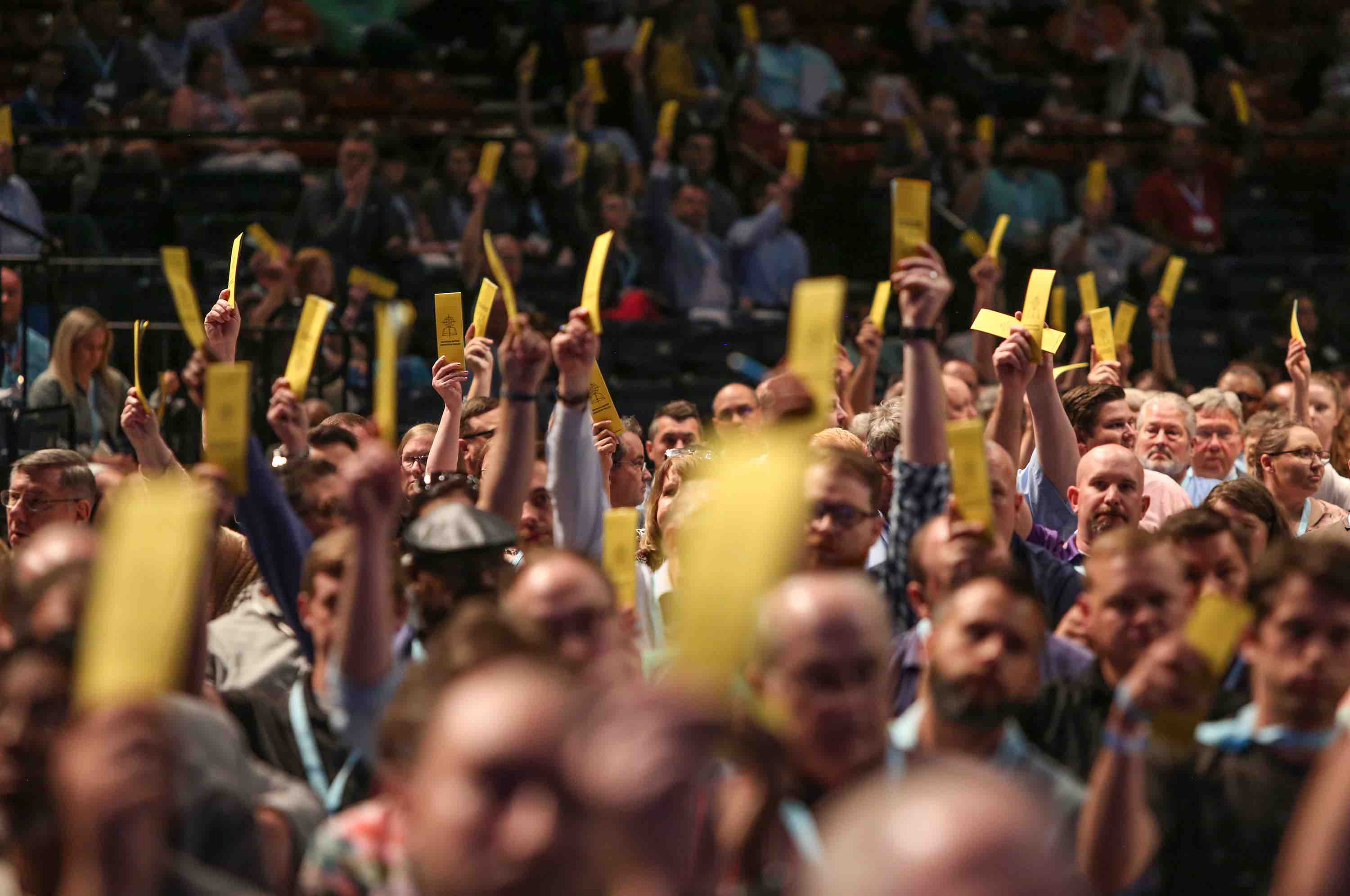 Southern Baptists meeting in Birmingham voted to amend the denomination’s governing documents in ways they hope will help prevent sexual abuse and aid churches in caring for survivors.

Voters (called “messengers” at the SBC’s annual meeting) approved an amendment to the SBC Constitution that would deem a church operating in a manner “inconsistent with the Convention’s beliefs regarding sexual abuse” to be not in friendly cooperation with the SBC. (Messengers approved a similar amendment on churches that exhibit ethnic discrimination.) To take effect, constitutional amendments must pass by a 2/3 majority at two consecutive SBC annual meetings.

The amendment on sexual abuse was debated for several minutes on the convention floor. Much of the conversation centered on whether the wording in the amendment is specific enough. As one messenger from Louisiana said, “I believe if we want to speak to abuse, this convention ought to speak with great clarity and not ambiguity.”

Executive Committee President Ronnie Floyd explained the committee wants future Southern Baptists to be able to speak in their specific cultural moment, so the wording was crafted carefully by the committee. After several minutes of debate, messengers approved the amendment. They also voted yes on the discrimination amendment with no discussion.

After the votes, Floyd encouraged Baptists to thank God for the actions. “Think about this: We have just amended our Constitution for the third time since the turn of the century, both of those amendments speaking to very critical issues in our day and time.

Messengers also voted to amend the SBC’s bylaws to form a standing committee that will investigate claims of misconduct against churches, including issues related to abuse. The bylaws change was adopted with no discussion.