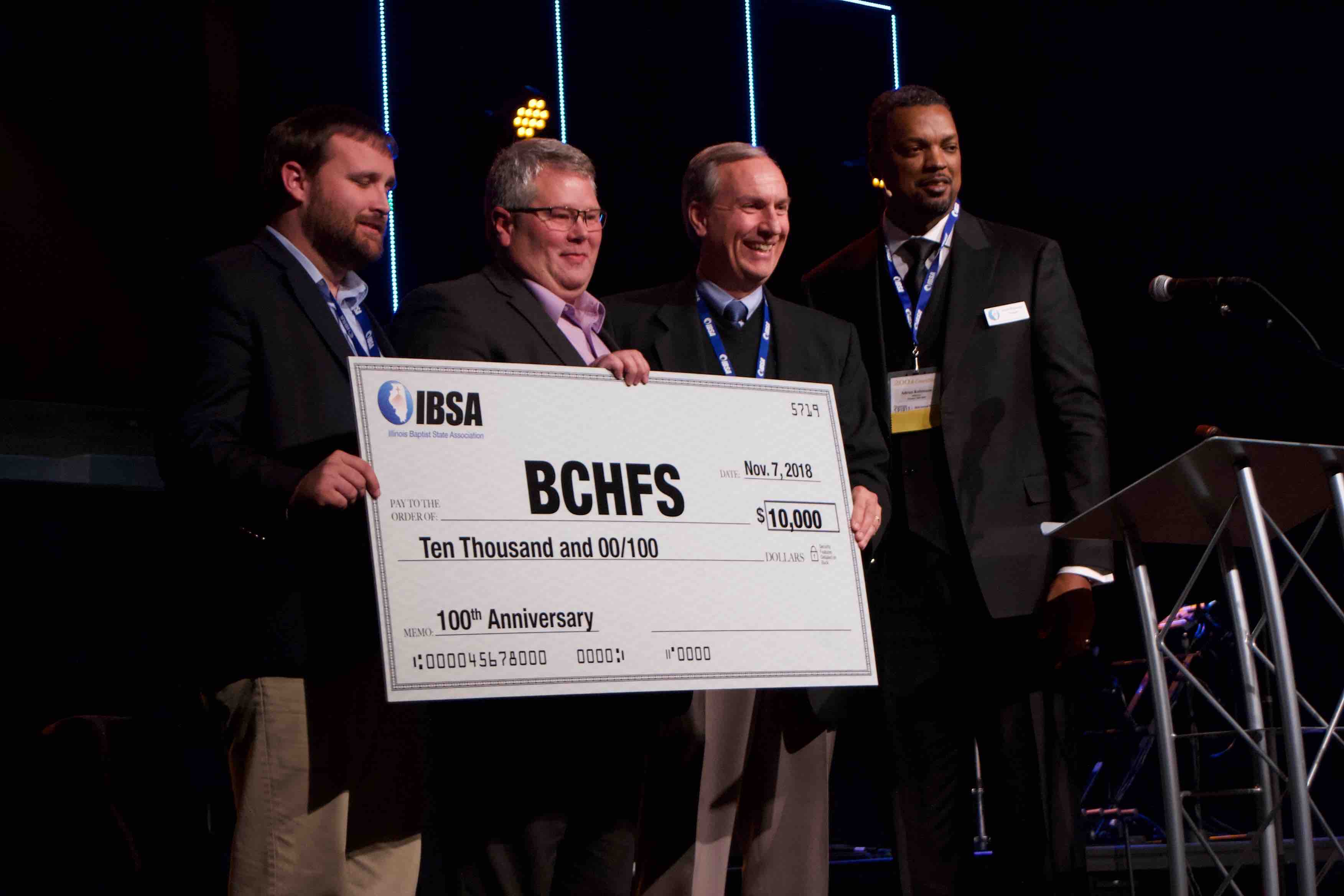 “A pioneer is someone who has the courage to step out on faith and do what seems impossible,” said Denny Hydrick, executive director of Baptist Children’s Home and Family Services (BCHFS), at the IBSA Annual Meeting Nov. 7.

One hundred years ago, three men in Carmi founded the Baptist Children’s Orphanage, which would grow into BCHFS. “Our responsibility is no different than what these men and other Baptists did 100 years ago,” Hydrick said in his report at the meeting, held at First Baptist Church, Maryville. “Though it is not a world war or a severe flu epidemic that creates a dire need in Illinois to care for children and families, today we are fighting a different war, one where the casualties are our families.”

In a video message, Candy Callahan shared how before coming to live at the Children’s Home, she and her sisters were abused. She was resentful of the Children’s Home when she arrived, but as an adult her feelings changed. “I know now in my later life the Baptist Children’s Home was what I needed. Because of the counseling I received I’ve been able to forgive my parents.”

Also on video, former resident Crystal Naney shared how much her houseparents meant to her. Now she is a houseparent at BCHFS. “I’m so thankful I’m able to feed into these girls and show them the love they showed me,” she said.

In other business:
• Messengers approved the 2019 budget of $3,221,286 and Board of Trustees officers Ron Daniels, chair; Jacob Gray, vice chair; and Wesley Hahn, secretary.
• IBSA Executive Director Nate Adams presented Hydrick with a $10,000 “birthday check” from the Association to BCHFS.