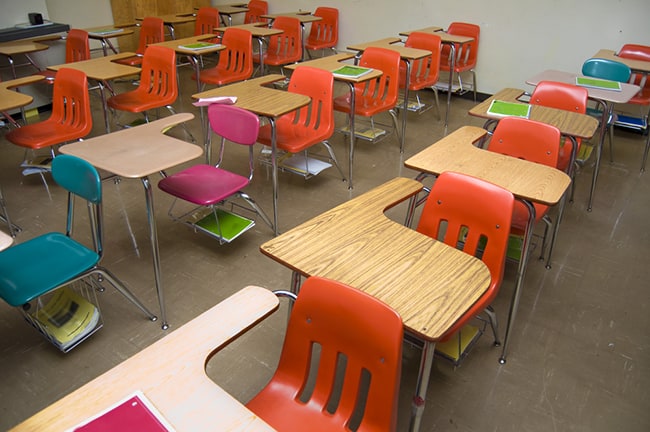 Springfield | The Illinois State Board of Education (ISBE) has proposed a new set of rules some say would require teachers to abandon their religious beliefs. The “Culturally Responsive Teaching and Leading” standards touch on issues such as sexual orientation, gender identity, and race-based privilege in what supporters call an effort to encourage support for diversity in school age children. But Christian and conservative leaders around the state are concerned the standards will require teachers to affirm ideas in conflict with their own religious beliefs.

“Essentially, the Board of Education putting these standards in place would guarantee a liberal bias in teaching, and would commit a civil rights violation on the basis of religion,” Bob Vanden Bosch, executive director of Concerned Christian Ministries, warned in an e-mail.

Among the goals of the proposed rules is for teachers to “ensure the diversity of their student population is equally represented” in an effort that “members of the student population feel seen, heard, and affirmed.” ISBE spokesperson Jackie Matthews told Illinois Capitol News, “Culturally responsive practices are especially important in better supporting Illinois’ LGBTQ+ youth, who disproportionately experience bullying and are more likely to attempt suicide.” Matthews further noted 52% of students in the state represent minority groups while the majority of teachers are “white and female.”

The standards say that teachers who are considered successful will “understand and value the notion that multiple lived experiences exist, that there is not one ‘correct’ way of doing or understanding something, and that what is seen as ‘correct’ is most often based on our lived experiences.” Teachers will also be expected to examine their own motivations and worldviews in addition to “explore their own intersecting identities, how they were developed, and how they impact daily experience of the world.”

Critics of the standards say they violate teachers’ rights. “Teachers who have a certain faith or religious view may be being forced to go against that view,” said Ralph Rivera of the Illinois Pro-Family Institute. “For example, it states they have to affirm various student ideas or identities. So what if they disagree with that, they can’t affirm something that goes against their religious belief.”

In an article for the Illinois Family Institute, Laurie Higgins asked if it was the “proper role of lawmakers, the ISBE, or departments of education to require teachers” to affirm all “identities,” and which identities teachers would be expected to affirm. Higgins noted private school educators would also be affected by adoption of the standards.

The proposed rules were published Sept. 11 with the state board scheduled to vote on them Dec. 16. If approved, the rules will be published in the Illinois Register a second time and a 45-day public comment period will begin. Then, the General Assembly’s Joint Committee on Administrative Rules (JCAR) would review them. Should the committee approve the proposed standards, they would become part of Illinois teacher preparation programs.

Vanden Bosch urges Christians to contact JCAR members to “ask them to reject the proposed rules from the Illinois State Board of Education.” A list of JCAR members along with their contact information is available here.

The standards were developed by the Illinois Diverse and Learner Ready Teacher Network, which the ISBE website states is made up of “current teachers, school and district administrators, education advocacy group members, and representatives from institutions of higher education.” Read the complete list of proposed standards here.