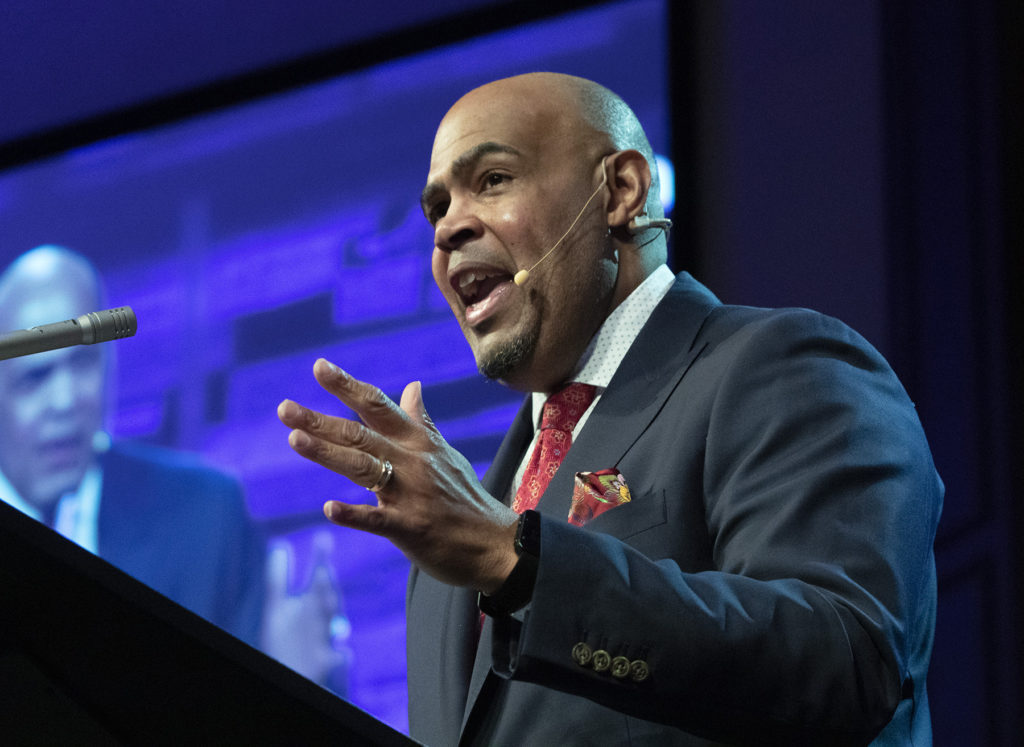 Willie McLaurin will be the interim president and CEO of the SBC Executive Committee. The EC officers made the announcement Feb. 1. Since 2020, McLaurin has served the vice president for Great Commission relations and mobilization at the EC.

“We hope that he will help us to reset the tone by which the EC serves Southern Baptists,” said Rolland Slade, EC chairman.

Many Illinois Baptists met McLaurin in January at the Midwest Leadership Summit in Springfield where he delivered a message of unity to the over 900 Baptists representing 12 state conventions. After reciting a list of differences among Southern Baptists, including theology, ethnicity, and politics, McLaurin received applause from attendees when he said, “We don’t need to focus on a donkey or an elephant, we need to focus on the Lamb! We have one enemy and he is already defeated!”

“We need to get busy getting people off the road to hell and on the way to heaven,” he urged. “There is not one problem the church has that soul winning cannot solve.”

As the Summit drew to a close, McLaurin told those gathered, “Any way you slice it, we are Great Commission Baptists, because we are better together.”

Read more about his appointment as interim president and CEO of the SBC Executive Committee from Baptist Press.