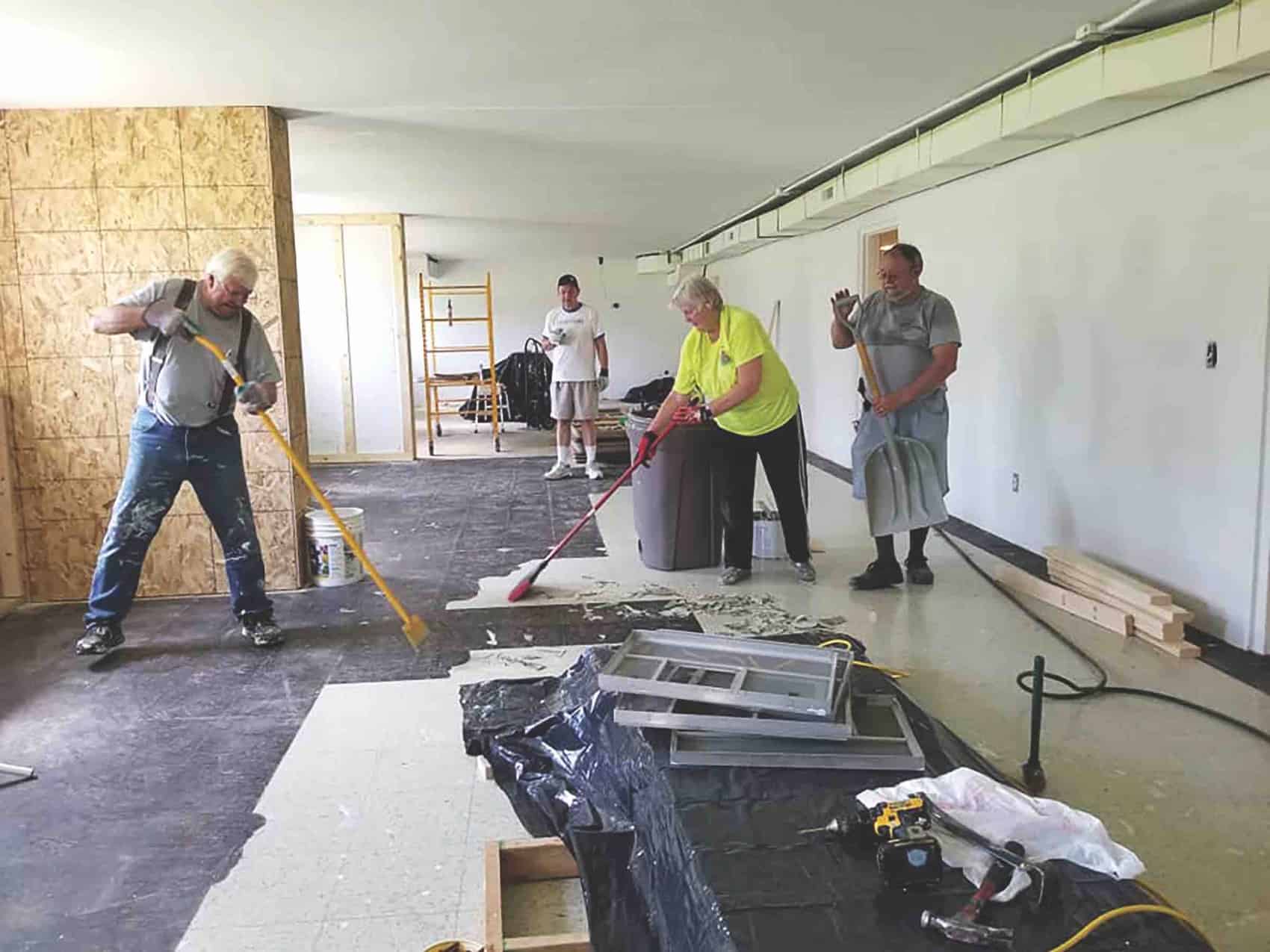 The year after Redemption City Church closed its doors, a new church is preparing to use its building as a hub for outreach and ministry in this community 60 miles northwest of Chicago.

Gospel Grace, a church plant headed by Nate Praytor, has spent the summer meeting neighbors and gathering in two Bible study groups: one for the church’s core group of leaders, and one for people with little to no church experience. They also held a carnival for kids at a nearby apartment complex.

The little church is growing, said Praytor, whose family moved to Woodstock from northern California earlier this year.

“God has been so gracious,” he said. Praytor recounted the response he got after deciding to postpone evening Bible study to prepare for outreach the next day. “We’ve had people ask, ‘Can’t we just do a little Bible study?’” 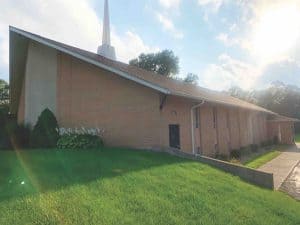 In June, Illinois Campers on Mission spent several days in Woodstock helping Praytor and the new church renovate their building in preparation for the church’s official launch date, which is still to be determined. The campers, who volunteer multiple weeks every year, completed several projects in Woodstock. They stayed in their campers in the church parking lot and fought rain every day, Dick and Karen Mowers reported in the group’s newsletter.

“Amazingly though, we had a good time and even better fellowship. We were blessed by the hearts of the people there with a vision for the church.”

Investing in the future
The original Woodstock church is part of the Baptist Foundation of Illinois’ Church Legacy Program, meaning that its remaining assets were entrusted to BFI to support several missions causes. One of those is Embassy Church, a 5-year-old church in nearby Palatine. Embassy pastor Phill Howell put out the call for a church planter needed in Woodstock, and Praytor responded.

“One of the major reasons we felt the Lord was calling us to church planting is that we knew we’d need a major focus on outreach and evangelism—making disciples and making Christ known.” He and his wife, Amanda, had sensed that for years, Praytor said. The couple and their three daughters have been in Woodstock since March.

When a church sets up a fund through BFI’s Church Legacy Program, the Foundation works with church planting resources, including IBSA, to get a new church going in the old location. Gospel Grace is the beneficiary not only of resources given by Embassy Church through Redemption City, but also from a fund set up by Glenfield Baptist Church in Glen Ellyn, which disbanded in 2013 but continues to support church planting in Chicagoland. Plus, generous gifts from donors, said BFI Executive Director Doug Morrow.

Morrow calls it a “confluence of generosity,” noting several sources have given toward the Gospel Grace project, including Campers on Mission.
“It would be impossible for any secular strategy to get this done,” Morrow said. “There is the miraculous all over this thing.”

From lost coast to hard soil
Praytor acknowledged the multiple partners working together to bring Gospel Grace to Woodstock. Howell and Embassy Church provide coaching and ministry oversight, and Praytor and many of his core leaders are currently members of that congregation. BFI paid off the mortgage for the building and parsonage, and serves as manager of the property. And the North American Mission Board’s Send network has also contributed to support the new church.

Praytor’s family moved from an isolated region of California known as “lost coast.” They thought northern Illinois would be similar, and it is, in some ways. There aren’t a lot of churches, and even fewer evangelical ones, Praytor said. But there is still some “residual church” in the culture, he noted.
“So, you can ask people about church, and most people my age, or older, or even a little younger, seem to have some church experience,” the church planter said.

“It’s actually been a blessing for us, because it makes it a lot easier to jump into gospel conversations.”

Woodstock has a population of 25,000, with another 5,000-10,000 in the surrounding areas. The small handful of evangelical churches in the region may represent around 250 people, Praytor said. A thriving Buddhist temple meets in what used to be a church just off the town square. Woodstock seems to be “hard soil,” Praytor said, which is why his church is so excited about the outreach traction they’ve gotten.

“We’re just sitting back watching what God’s doing and reacting to it,” he said. “There’s nothing unique or special about us at all. God has just been gracious to us.”

Photo at top: Illinois Campers on Mission were at Gospel Grace Church in Woodstock in June, working to prepare the church building for its future launch date. “They’re like a finely tuned machine,” said Pastor Nate Praytor, “just working and doing their thing.”