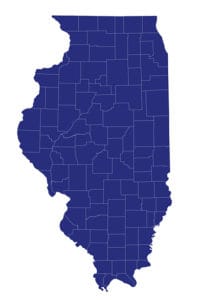 A new poll shows the majority of Illinoisans do not support a bill calling for the repeal of the Parental Notice Act, which requires minor females to notify a parent or guardian before obtaining an abortion. The Repeal the Parental Notice of Abortion Act (HB 1797 and SB 2190) was introduced in the Illinois General Assembly’s spring legislative session.

According to a survey released by The Tarrance Group, 72% of Illinoisans agree or strongly agree if a minor were seeking an abortion “the law should require her parent or guardian to be notified before the procedure.” The current law does not require them to get an adult’s permission to undergo an abortion procedure, only to notify an adult.

When those surveyed were asked, “If a minor is seeking an abortion, do you believe a parent or guardian should be notified?” just 22% replied “no” or “strongly no.”

The Catholic News Agency reported about 1,000 minors in Illinois undergo an abortion annually.

The bill to repeal the Parental Notice Act was introduced in the State Senate by Sen. Elgie Sims (D-Chicago), and in the House by Rep. Anna Moeller (D-Elgin), with newly elected House Speaker Emanuel Chris Welch serving as one of the bill’s main co-sponsors. A similar bill was introduced in 2019 and failed.

The Repeal the Parental Notice of Abortion Act would eliminate the state law requiring young women under the age of 18 seeking an abortion to notify a parent, legal guardian, or grandparent at least 48 hours prior to it taking place. Currently, if a minor is unable to go to a family member or guardian to meet the notification requirement, a judge may give permission through a judicial bypass. The proposed bill has the support of the ACLU, Human Rights Watch, and Planned Parenthood, who say the judicial bypass process is too tedious and also is harmful to minorities who may view the judicial process as oppressive.

Opponents of the bill have expressed concern a repeal would offer protection to child molesters, rapists, and human traffickers in Illinois and surrounding states.

The current law was passed in 1995 but wasn’t implemented until 2013 after a lengthy series of court battles. In addition to Illinois, 37 other states have some form of a parental notification law.

The public opinion poll on parental notice of abortion in Illinois, along with other questions, was administered by The Tarrance Group, covering 600 Illinois registered voters during March 7-10, 2021.