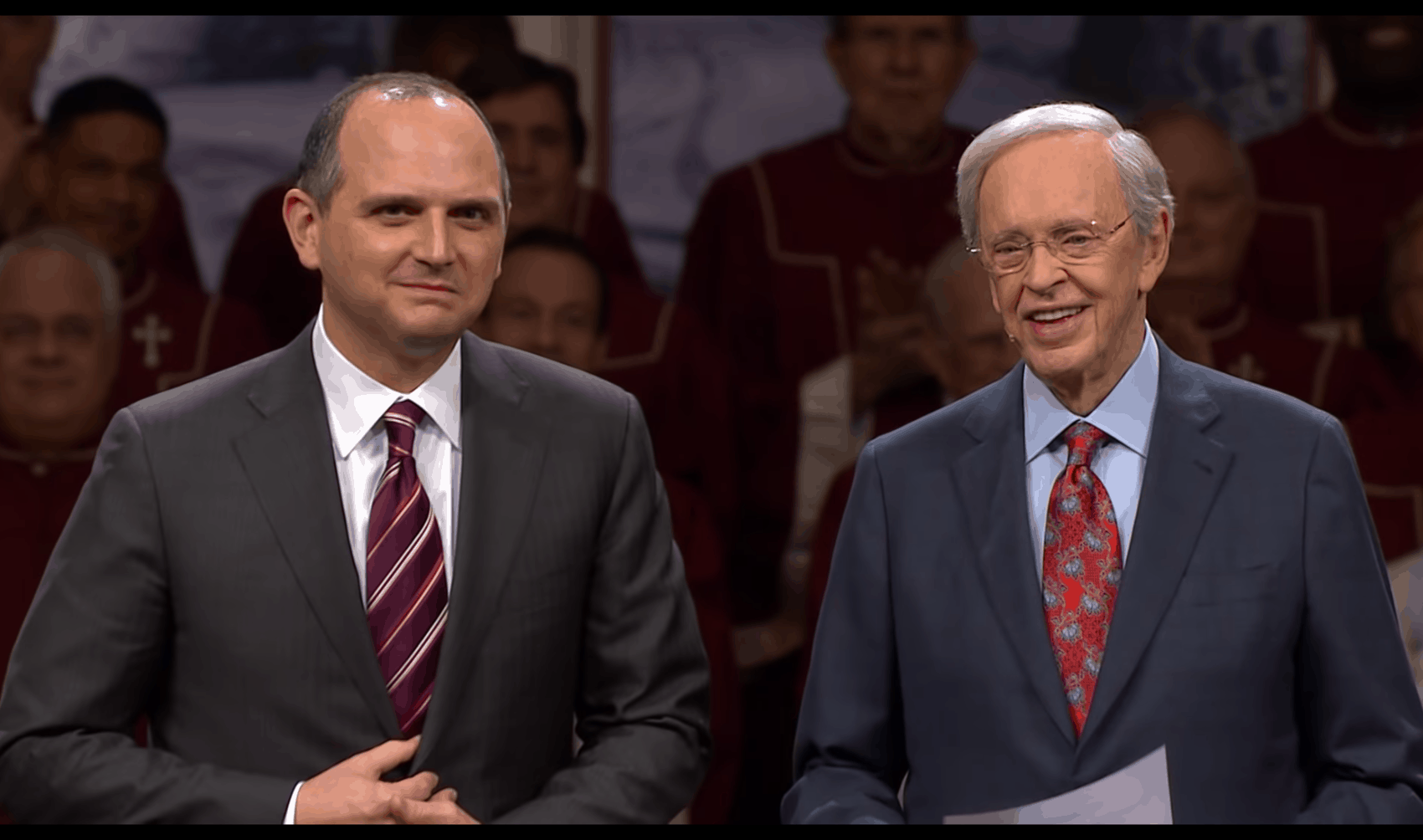 FBC Atlanta pastor announces change to emeritus status
First Baptist Atlanta pastor Charles Stanley announced Sept. 13 he will transition to pastor emeritus status after more than 50 years at the church. Stanley went to First Baptist in 1969 as an associate pastor, and became pastor two years later. Anthony George, pictured above with Stanley, will succeed him as senior pastor. Stanley said he’s not retiring, but will instead focus on In Touch Ministries, the preaching ministry he started in 1977. “My goal remains the same,” he said, “to get the truth of the gospel to as many people as possible as quickly as possible in the power of the Holy Spirit to the glory of God.”

MacArthur’s church meets despite court’s injunction
Grace Community Church gathered for in-person, indoor worship Sept. 13, despite a judge’s ruling that the church Sun Valley, Ca., church is prohibited from doing so. A Los Angeles Superior Court judge granted a preliminary injunction against the church Sept. 10, after Los Angeles County had tried for several weeks to halt the gatherings.

Lawmakers target Hyde Amendment, which prohibits federal funding of abortion
Speaker of the House Nancy Pelosi and another Democratic leader have told some members of their party they will not include the Hyde Amendment in spending bills starting next year, according to the Los Angeles Times. The amendment, named for Rep. Henry Hyde of Illinois, has been approved every year since 1976. It prohibits federal funding of abortion in Medicaid and other federal healthcare programs.

“For over 40 years we have had a consensus that taxpayer dollars should never be used to fund abortion,” said Russell Moore, president of the Ethics and Religious Liberty Commission (ERLC). Moore said the ERLC “will continue to advocate for [the Hyde Amendment] and, in doing so, point out that women and children in crisis should be cared for and all human life cherished.”

Salvation Army bells to ring early this year
The Salvation Army’s red kettle campaign to raise money for families in need usually starts before Thanksgiving, but this year, the organization began accepting donations Sept. 14. “The Salvation Army recognizes that there is literally a tsunami of human need in our country right now,” Commissioner Kenneth Hodder, national commander of the Salvation Army, told Religion News Service. Bell ringers will be provided with masks and trained in social distancing, and online donations are encouraged.

Bible-reading marathon in Washington kicks off after spring postponement
The annual reading of Genesis through Revelation in the nation’s capital started Saturday, Sept. 12 and will continue through Wednesday morning. The event, facilitated by Seedline International of Indiana, was postponed last spring due to the COVID-19 pandemic. Around 300 readers are expected to participate this week, and the marathon can be viewed on Facebook or YouTube.