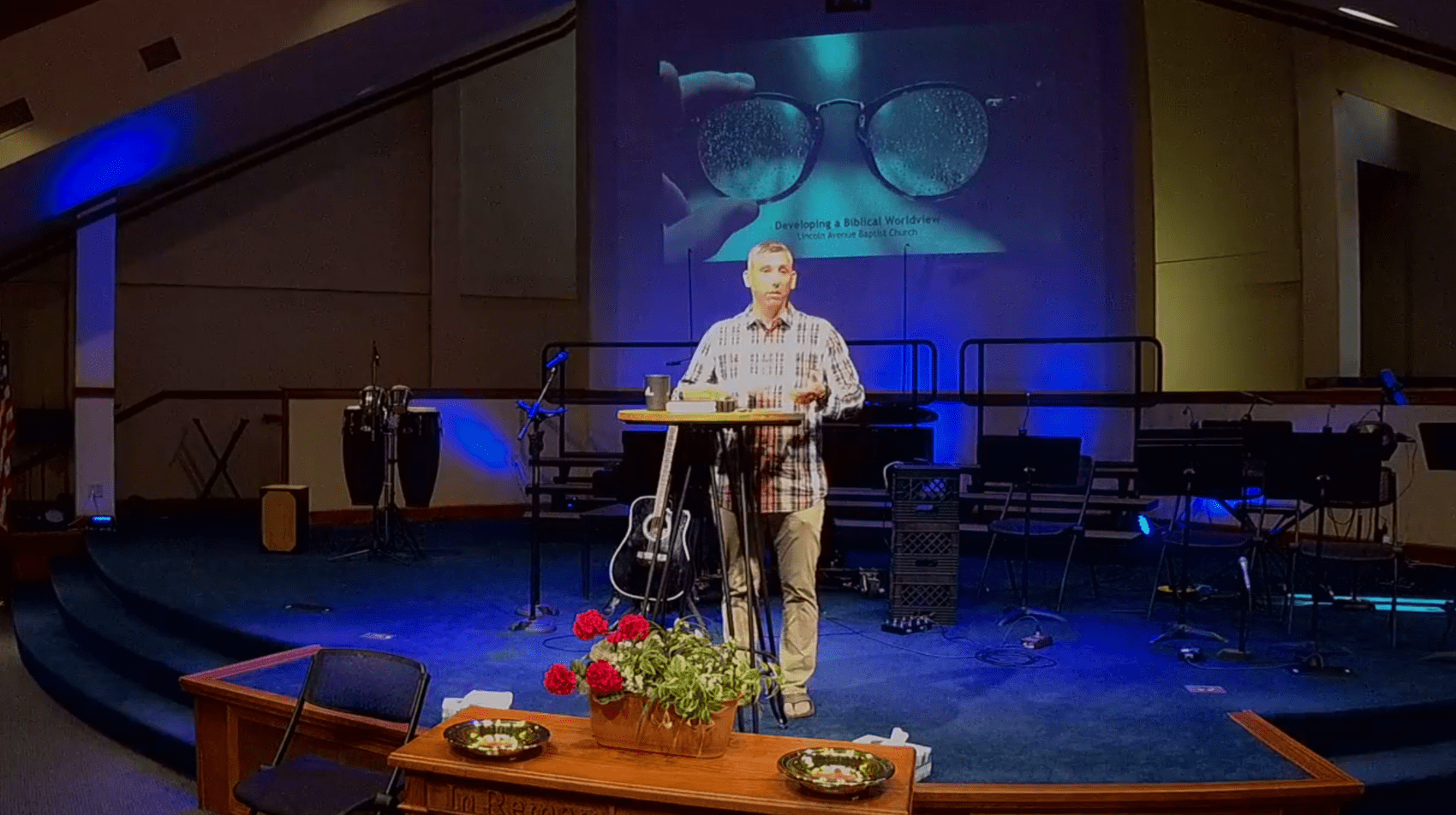 Dan DeWitt describes the term worldview as “a lens through which we see everything.” He wants Christians to stop and think about their own worldviews and that of others around them.

Like the lenses in a pair of glasses, he said, “We rarely stop and think about everything we see until we get a smudge.”

DeWitt, an associate professor of applied theology and apologetics at Cedarville University, spoke Aug. 6 at Lincoln Avenue Baptist Church in Jacksonville. He was one of four leaders to present at the Engaged Church series, which ran each Monday evening in August. DeWitt, a former dean of Boyce College at Southern Seminary in Louisville, Ky., grew up in Jacksonville.

During his presentation on developing a biblical worldview, DeWitt said theologians, philosophers, scientists, and popular culture have always debated the existence of God. Their worldviews determine those beliefs. “Carl Sagan said the universe is all there is. The Berenstain Bears said nature is all there is,” he noted, giving two distinct examples of worldviews.

DeWitt said when he taught in Louisville, he took his students on field trips to cemeteries and instructed them to study the headstones marking the graves as they discussed life and death, heaven and hell.

“These are the questions humans have asked throughout all of history,” DeWitt told his students. “These are questions with an expiration date and you can read it on these tombstones.”

When sharing Christ with others, he told the students to remember that just like those buried in the cemetery, “They’re not an angry atheist neighbor, [they’re] just another human trying to figure things out before they die.”

DeWitt said he gives his students eight questions to answer about the nature of reality, human beings, death, truth, and the personal commitments that are consistent with the worldview they’re developing. Once the students can answer them and determine their own worldviews, they are equipped to ask others the same questions. Using those questions, they can start discussions and build relationships, which can lead to gospel conversations.