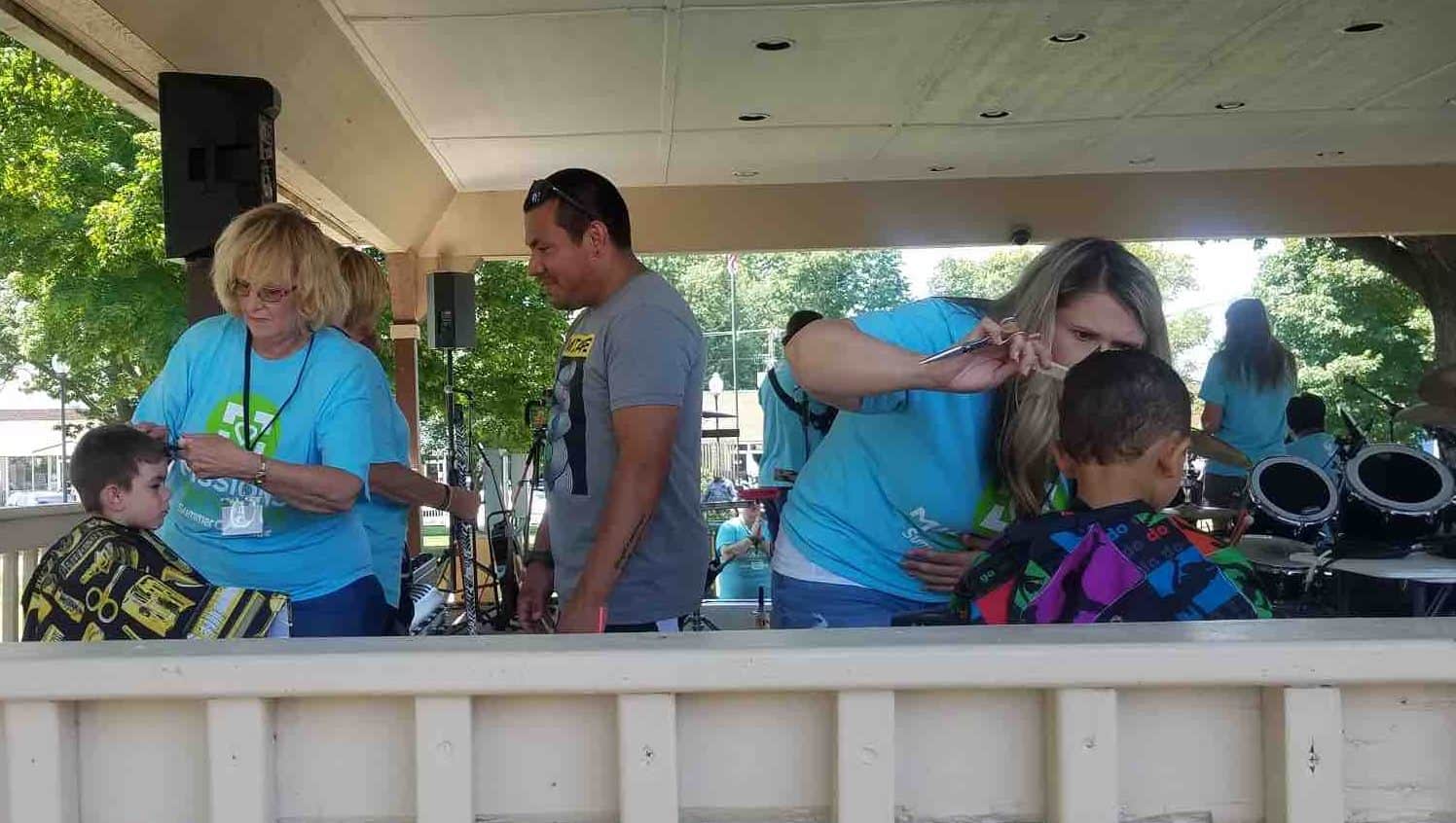 Daryl Vermillion’s church knew God was working in their community when an evangelistic event last spring at the high school drew 50 students to make professions of faith in Christ.

“We spent two hours ministering to sobbing, heartbroken children who had every kind of social and family crisis happening in their lives that you could think of,” Vermillion told a Beardstown civic organization this month. The outreach, planned by a national ministry organization, “really opened our eyes to the need in our community.”

Vermillion has pastored First Southern Baptist Church in Beardstown officially for one month, although he has served in an interim capacity since January, and has been a member of the church for more than two decades. His recent presentation to his town’s Kiwanis Club followed his pastorate’s first major outreach—a community block party and back-to-school celebration in July that combined the efforts of more than 20 churches. 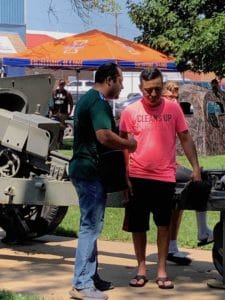 Ahead of the block party, 17 people in the community trusted Christ after door-to-door evangelism teams visited their homes. And at the event itself, 36 more made professions of faith.

The July 27 event was part of Missions Spectacular, an annual focus on hands-on missions projects across Illinois. Increasingly over the last few years, Missions Spectacular projects have been planned and led by local churches and associations. The emphasis is made possible in part by the annual Mission Illinois Offering, which supports missionaries and ministries across the state.

The Beardstown outreach started as the brainchild of IBSA’s Carmen Halsey, who envisioned an outreach to the community’s multicultural population. She began to gather churches interested in an Illinois mission project around the idea of an outreach in Beardstown. The result was a multi-faceted party that included free haircuts, back-to-school physicals, backpacks, music, games, food, and the gospel.

Working together, the churches made “the impossible possible,” said Halsey, director of women’s ministry and church missions. “The work always offers opportunities to connect and build relationships and visualize that the church is bigger than them.

“Several of the churches are already planning other ways they can partner with each other to help with future ministry opportunities.”

Love in any language
The Beardstown church is the only Southern Baptist congregation in town, and runs around 60 in worship on Sundays. But it’s grown over the past few months, Vermillion said. Ministry has been moving in a positive direction—the church has baptized several people in the last two months.

Beardstown is diverse in part because of its workforce. A large meatpacking plant employs Hispanic and French-speaking African residents in the city of 5,000. The July block party featured worship led by Tony Muñoz, an IBSA pastor in Effingham. He brought a team of 13 people from Iglesia Bautista Latina to provide music and help share the gospel with Spanish-speakers.

Muñoz said volunteers were sharing the gospel, following the guidance of the Holy Spirit up to the point of decision. Then, “Un momento, por favor,” they’d say. “One moment, please,” before asking a Spanish-speaking Christian to help lead the conversation. Muñoz helped lead a man to Christ after another volunteer had been talking to him. The pastor was just needed to “tie the knot,” he said.

Nearly everyone in Vermillion’s church was part of the outreach, from grade schoolers to church members nearing 90. Some took part in the pre-block party visits, done in partnership with Call of Grace Ministries, an evangelism initiative out of Marion, Ill. Others prayed at the church while small groups went out to share the gospel.

At the party, Illinois Baptist Disaster Relief volunteers served hundreds of hamburgers and hot dogs. Steeleville Baptist Church set up a craft table where around 20 children heard and received the gospel, Vermillion said. He has since baptized one of the kids who trusted Christ there.

After the event, the Kiwanis Club invited Vermillion to come tell their members about the block party. His notes from his talk are full of numbers and details—meals served, haircuts given, school supplies received. But he also shared the eternal results of the outreach—for the people who accepted Christ, and for his own church.

“Our church is now very open to reaching out to all people in our community across culture and language barriers, and also to people who have grown up here and lived here their whole lives,” he noted. Looking back, God had been preparing the church—and Beardstown—for a move of his Spirit.

“It’s one of those things you look at and know God was in it before we even got started,” Vermillion said. His church is overwhelmed, grateful, and humbled to have been part of it.

“It’s made an eternal impact on a lot of people’s lives.”