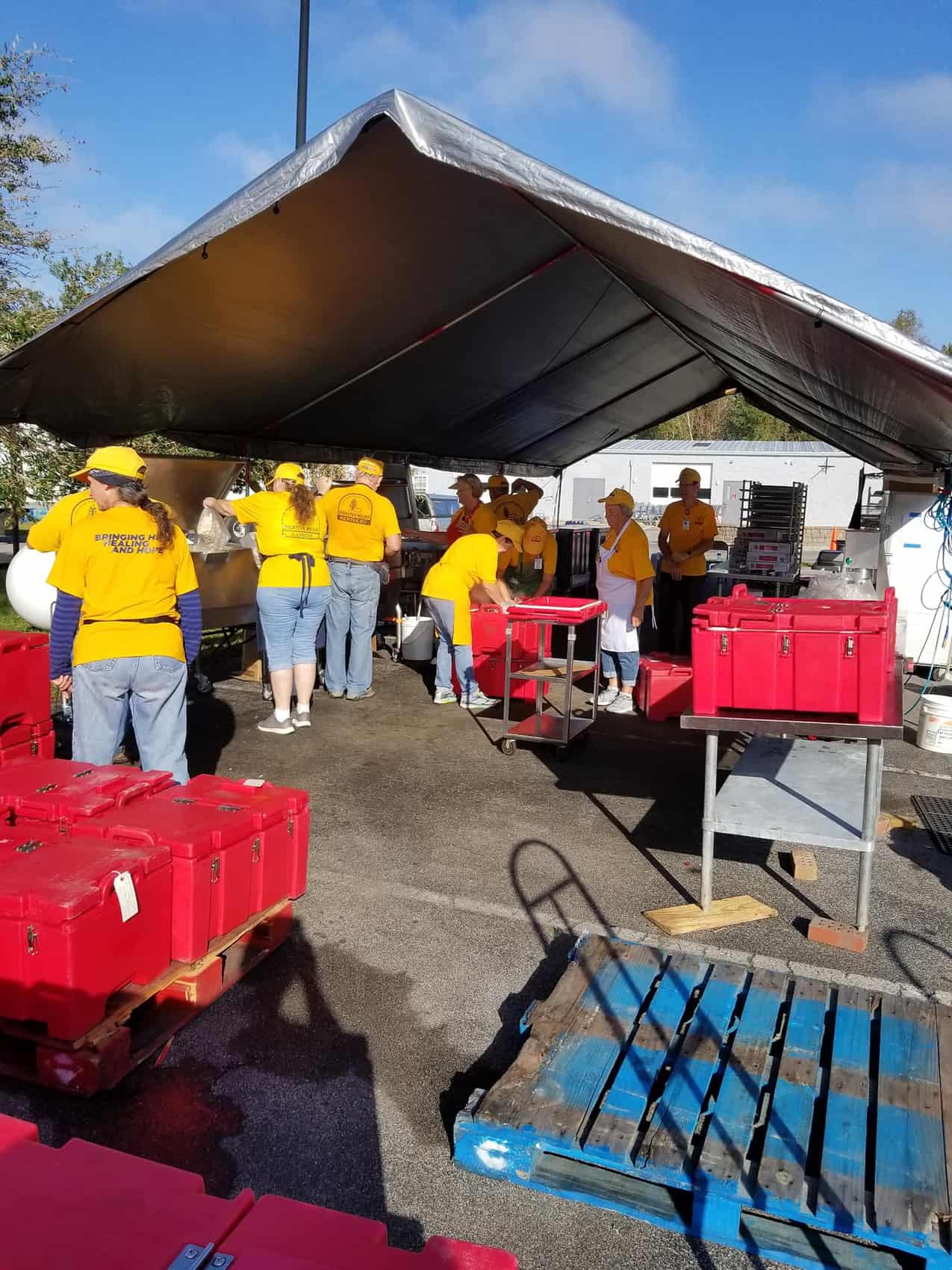 Just before tornados swept across central Illinois, Disaster Relief volunteers from the state completed a long season of hurricane relief in Florida and North Carolina.

Illinois Baptist Disaster Relief (IBDR) volunteers put thousands of miles on the road traveling south and east in the wake of Hurricanes Florence and Michael.

“Illinois saw key partnerships develop during the hurricane season this year,” said IBDR State Coordinator Dwayne Doyle. “We partnered with Missouri in a significant way as we responded together in locations in both North Carolina and Florida. We served with Kentucky Baptists on one of their kitchens in North Carolina. We also served North Carolina Baptists for over two months in Lumberton.”

“We sent 12 or more teams to both North Carolina and to Florida,” Doyle added. “Chaplains, tree cutters, and flood recovery teams served the Lord well. We were happy to rejoice with several who found hope in Jesus as they were served by Southern Baptists.”

Doyle said it was also a significant year for the state’s mass feeding teams. “We were able to mobilize mass feeding teams to both states as well. This is the first time in several years that we participated in mass feeding of survivors.”
Prior to the Dec. 1 Taylorville tornado, IBSA volunteers had worked 16,817 hours responding to the hurricanes, and to flooding in Illinois and Iowa. They recorded 769 gospel presentations, distributed 1,341 gospel tracts and 937 Bibles, and witnessed 15 people accept Christ as Savior.

An IBDR team from the Heartland Baptist Network was the last Illinois team to serve in Lumberton, N.C., completing chainsaw work in early November before work transitioned to the recovery phase. In late November, teams from the Winthrop Harbor area, Heartland Network, and Kaskaskia, Salem South, and Williamson Associations wrapped up IBDR work in Bristol, Fla., for 2018.

Known for the yellow shirts they wear, the Illinois volunteers were joined for the first time by “green shirt” volunteers. Sarah Maddison, granddaughter of IBDR volunteers Don and Jan Kragness, and Andrew Cairel, son of Pastor Derrick and Angie Cairel of Liberty Baptist in Harrisburg, joined recovery teams in Florida in November. The high schoolers completed the required seven hours of training including DR 101.