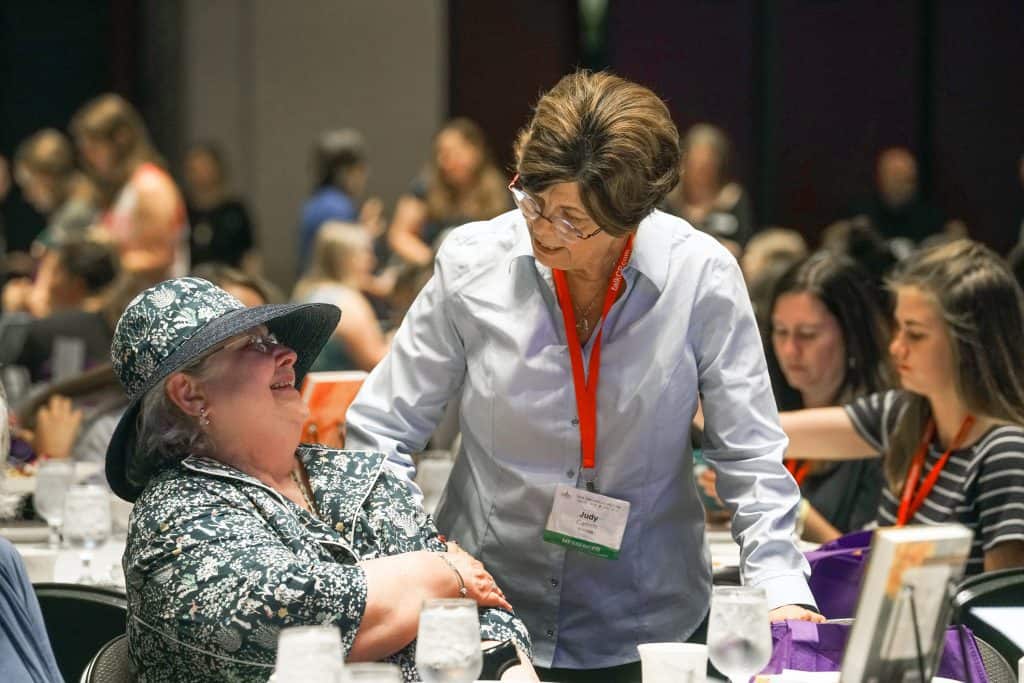 Had you seen her surrounded by friends and well-wishers at a ladies’ tea in Dallas, it would have been hard to imagine Dorothy Patterson had just lived through a very difficult few months.

The former first lady of Southwestern Seminary’s presence there is telling about her legacy in Southern Baptist life.

For those watching over the last few decades, she has been a significant figure, highly visible along with her husband, former Southwestern President Paige Patterson. The substance of her contributions, however, might surprise even long-time Baptists. As one of the writers behind the statement on the family added to The Baptist Faith and Message, Patterson helped redefine biblical womanhood at a time when the denomination was struggling to reclaim its roots in conservative theology, with gender roles playing an integral part in the process.

She helped establish women’s studies programs at the two seminaries her husband led; at Southwestern, the program included a center devoted to homemaking. With her sister-in-law and fellow seminary president’s wife, Rhonda Kelley, she edited a study Bible for women.

And the hats. Oh, her hats.

Patterson’s ideas weren’t always popular, sometimes garnering criticism in the SBC and often from the world outside it. Some will categorize her contributions as “of a time” and not currently relevant. Theological education for women doesn’t seem like an anomaly anymore, so it would be easy to forget that she was in many ways a pioneer.

The circumstances surrounding the Pattersons’ exit from Southwestern—his alleged mishandling of sexual assault claims and past comments he made about physical abuse against women—also will overshadow her impact, at least for a while. Even as trustees met in a late-night session to determine her husband’s fate, Dorothy extended hospitality to waiting reporters.

“She declines comment for publication—but offers tea,” tweeted Sarah Smith of the Star-Telegram.

Weeks later, after her husband had been terminated by the trustee executive board, Patterson sat down for tea again—this time in Dallas. That she was present at the meeting where her husband was to have delivered the convention sermon was astounding. Certainly, it would have been easier to stay home. But she was there, in a dress that matched her hat.

Dorothy Patterson seems to understand the value of presence, of being there. For decades, she “leaned in” before it was even a thing. For that, we tip our hat to her.