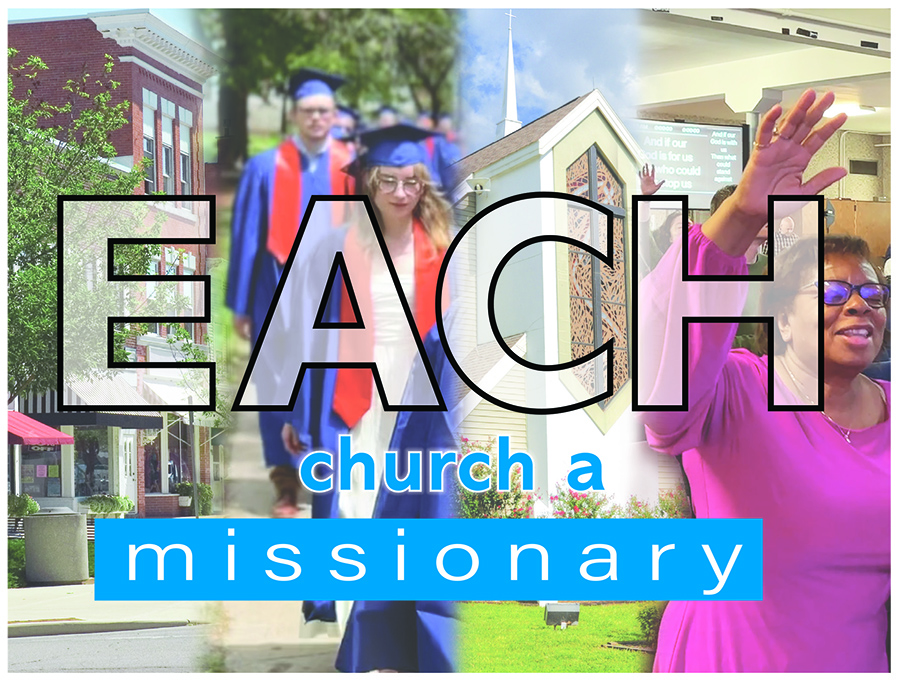 Illinois is a big mission field. Drive from one end to the other, and you’ll cross urban, suburban, and rural landscapes. The prairies of central Illinois feel like a different world than the hills of Johnson County. The culture is different in Rockford than in Cave-in-Rock. The nations are here, too. Immigrants from over 50 countries speaking dozens of languages call Illinois home.

Contained within these diverse places and cultures are almost 9 million lost people. That number is greater than all 10 of America’s smallest state populations combined.

Reaching the people of our Illinois mission field is a tall task.

But IBSA Executive Director Nate Adams believes our greatest missionary force is already on the mission field. “Here in Illinois, where more than 900 churches are already planted, our churches are our missionaries. Our staff’s role is to facilitate, to equip, to encourage, to inspire the churches to be missionary in their activity.”

Each of these 900 churches is deeply ingrained in its local culture and community. Its members live, work, and play there. They shop at the same stores and eat at the same restaurants as their lost neighbors. Each church has what it takes to reach its neighborhood with the gospel.

No matter the size, this is where the greatest strength of our state mission force can be found. The 900 churches of IBSA are spread throughout Illinois. They are in the small towns, the blue-collar cities, near college campuses, and in big city neighborhoods. We still need to plant more churches to reach new areas and new immigrants, but hundreds of churches are already on the field within reach of millions of lost people.

But it takes each church realizing their identity as a missionary to reach them.

“The big issue is intentionality,” says IBSA’s Missions Director, Shannon Ford. A church needs to change its mindset to be a missionary. “It’s not a moniker that you wear. It’s being a Christian with intention.”

The Mission Illinois Offering helps unleash the mission force into the mission field. From encouraging and training existing churches in how to evangelize their neighbors, to providing resources to help churches accomplish outreach events, to partnering in planting new churches to reach not-yet-served populations of the state, this one offering unites the efforts of our 900 churches together.

When each church gives to the Mission Illinois Offering, its gift is multiplied. Each church joins together with hundreds of Illinois Baptists to strengthen and send other churches, just like them, to reach Illinois for Christ.