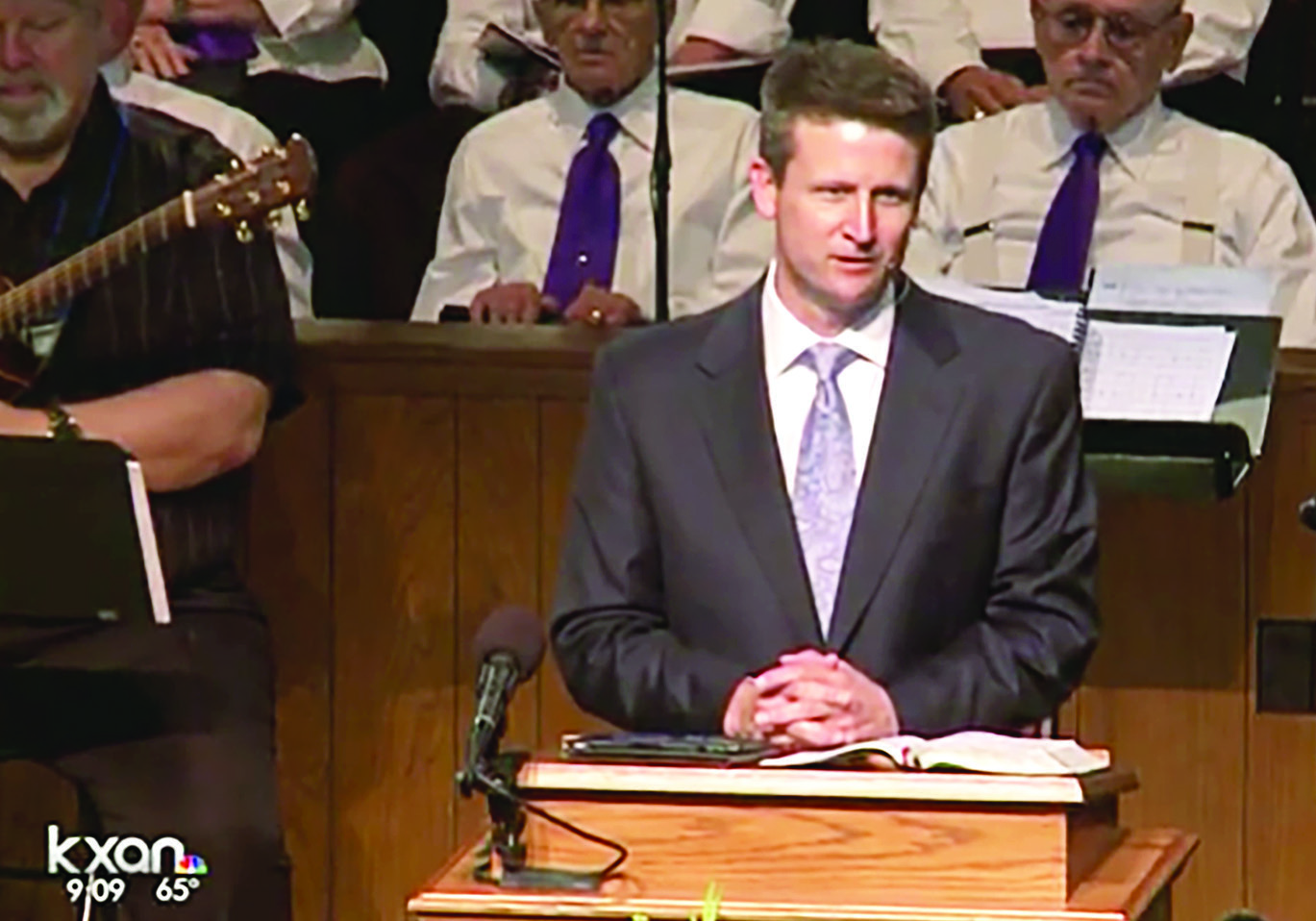 THROUGH THE VALLEY – Pastor Brad McLean speaks to his Texas congregation during an April 2 worship service, just days after 13 people from the church were killed in a bus crash.

New Braunfels, Texas | The pastor of a church who lost 13 people in a bus crash told his congregation on the Sunday following the accident that it will take time, but they will heal together.

“It’s important for us to recognize this morning that our pain is real, our loss is real, our grief is real,” said Brad McLean, pastor of First Baptist Church, New Braunfels, according to a report by TV station KXAN. “And as a church family, we will have to work through these losses together.”

The April 2 worship service was just four days removed from the crash in Uvalde County, two hours from New Braunfels. The minibus was bringing members of the church’s senior choir back from a retreat when a pick-up crossed the center lane in a curve, state troopers said, and struck the bus head-on. All but one of the fatalities occurred at the site of the crash; the other, hours later at the hospital.

“It will take us a while as a church family to allow the Lord to begin to let us share in smiles, and laughs, and hugs, and those things we do enjoy as a church family,” McLean said during the church’s Sunday worship service. “And so it’s good for us to be together this morning, isn’t it?”

McLean and his staff are caring for the grieving families and the congregation that has an average Sunday worship attendance of 481, according to the Southern Baptists of Texas Convention. McLean told San Antonio TV station KENS5 that the church’s priority is to care for families who lost loved ones in the crash. To do so, the church has established a Tragedy Relief Fund on its website, fbcnb.org.