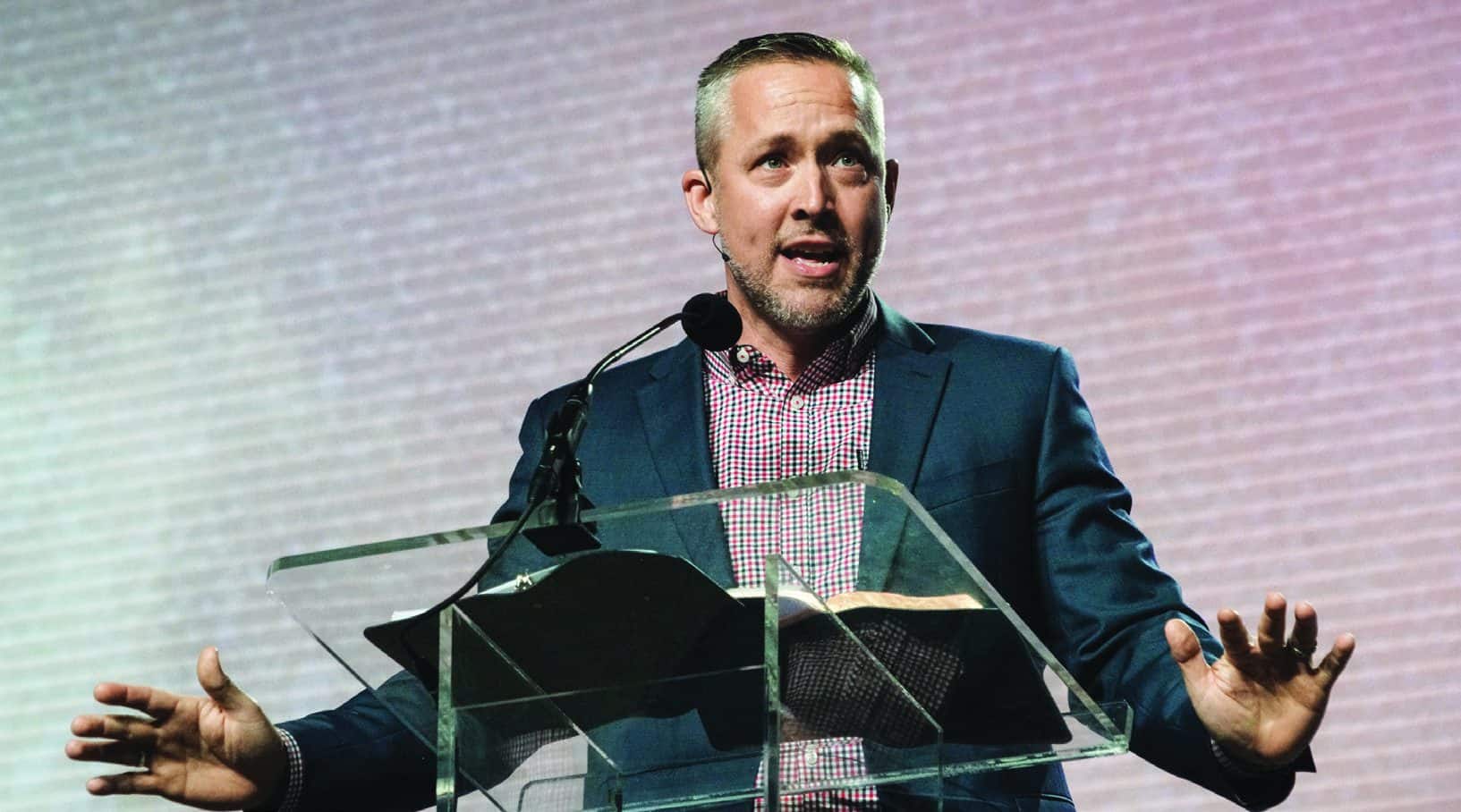 Washington, D.C. | Newly elected Southern Baptist Convention President J.D. Greear addressed topics ranging from the #MeToo movement to politics and evangelicals in a recent interview with NPR, one of his first since taking the role.

In a June 25 interview with Rachel Martin of NPR’s Morning Edition, Greear said that even though evangelical Christians may appear to have a “restless conscience right now,” that restlessness has the potential to usher in healthy self-evaluation and repentance.

Greear described himself as brokenhearted over what some have referred to as Southern Baptists’ #MeToo moment—the firing of Southwestern Seminary President Paige Patterson over the alleged mishandling of reported sexual assault and comments he made about physical abuse.

But Greear, pastor of The Summit Church in Raleigh-Durham, N.C., said he believes the open conversation in the convention “has helped raise awareness that sometimes there’s been hesitancy to listen to the victim when you should have listened to the victim.”

Abuse is illegal and should never be handled internally, Greear said. If nothing else, he said he is grateful the situation “has helped raise the awareness of the conversation” of what to do when someone comes forward and says he or she has been a victim of abuse—especially when the alleged abuser is “someone else you know and love and trust.”

“There are wise ways to handle this,” Greear said.

During the interview, Martin also asked the SBC president what he thought about some evangelical Christians choosing to shed the identity of “evangelical” because of all the political meaning “baked into” that title in recent years.

Evangelicals can take the criticism of outsiders and let it drive them to “say, ‘hey, here are some inconsistencies and we need to repent,’” Greear said. “Thank God…that God doesn’t accept us based on how perfectly we’ve lived, he accepts us based on his grace.”

That’s the central message of evangelical Christianity, he said—that those who follow Christ repent of their imperfections, rely on grace, and invite others to join them.

Evangelical Christians have much they can unite around—biblical values like helping the poor or caring for the vulnerable, Greear said. But when it comes to what the government’s role is in those things, “there’s certainly room for disagreement among Christians.”

“I think one of the things that there’s some concern over is have evangelical Christians taken their central message—which is supposed to be the gospel of Jesus Christ—and have they encumbered that with too much specificity about political positions for which there really is room for people of faith to disagree,” Greear said.

Also on the topic of faith and politics intertwined, Martin asked Greear how he felt about Attorney General Jeff Sessions’ use of Bible verses to defend the zero-tolerance policy at the U.S.-Mexico border.

Greear responded that though he is grateful to hear of people attempting to interact with Scripture, just because the Bible is quoted, it doesn’t mean the person is “giving the full context of it or representing the full biblical message.”

“I mean, yes, the Bible does teach the submission to authority,” he said, but he noted that he has also “tried to be clear with this immigration question that we recognize that there is a certain charitable nature in passing laws and upholding them.”

Separating families “in the name of enforcing an immigration policy seems like much too harsh a punishment” for anyone caught breaking that law, he said.