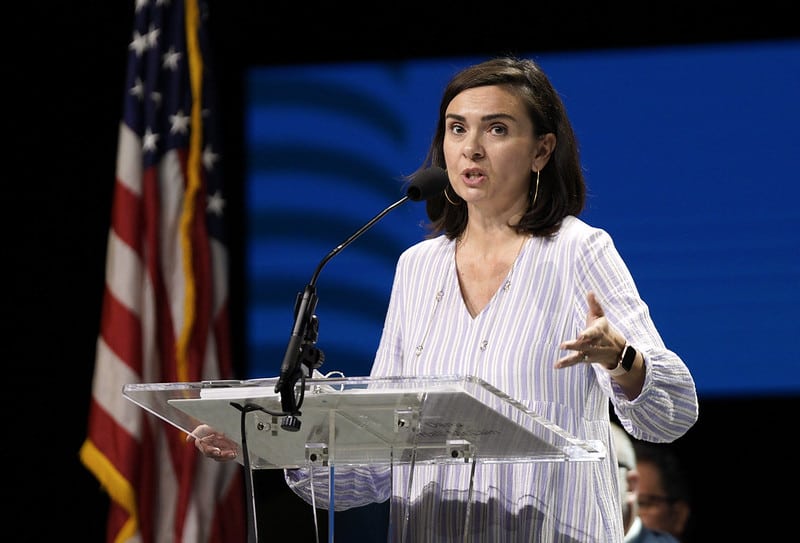 A resolution calling for the abolition of abortion that was passed by messengers to the Southern Baptist Convention Annual Meeting and is receiving criticism from other Southern Baptists. 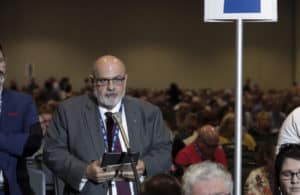 Bill Ascol, messenger and pastor of Bethel Baptist Church in Owasso, Okla., responds to a resolution on the abolition of abortion June 16 during the 2021 SBC Annual Meeting.

Southern Baptists have used resolutions to speak out against abortion multiple times over the last four decades, but this appears to be the most stridently worded. It was the strict abolitionist wording that caused debate among the other pro-life advocates on the floor of the Music City Convention Center on June 16 in Nashville. Critics expressed fears it would discredit attempts by Southern Baptists to restrict abortion through bans on partial-birth abortion or other so-called “heartbeat” laws.

One of those critics was Dana Hall McCain, a member of the SBC Committee on Resolutions. Following the meeting, McCain shared her sharp disappointment with the convention’s vote in an opinion column for the Alabama Baptist newspaper. She wrote “the language we use to advocate for righteous causes matters, as do the methods, and this particular document failed on both of these counts.”

In Illinois, many pro-life advocates hope to use incremental laws to push back against the largely unrestricted abortion access in the state. An example is the current state law requiring women under age 18 to notify a parent, legal guardian, or grandparent at least 48 hours prior to an abortion. While it does not require their consent, required notification does make the parent or guardian aware of the situation, perhaps preventing abortions in some cases. Opponents of human trafficking say parental notification may also help rescue runaway and trafficked minors. A bill to repeal the Parental Notice Act failed in the 2021 Spring General Assembly. Around 1,000 abortion procedures are performed on minors each year in Illinois.

McCain directs much of her criticism towards language she believes calls for the “prosecution of women who have abortions.” She worries how such language will affect ministry outreach by Southern Baptists. “The abolition folks see no difference between a frightened and broken 16-year-old or an abuse victim who, in her deep distress, is tempted to seek an abortion and an assassin who shoots another in cold blood,” McCain wrote.

Other high profile SBC seminary professors and ethicists have also publicly expressed their opposition to the resolution. Alan Branch, Denny Burk, Daniel Heimbach, Steve Lemke, Jeffrey Riley, Andrew T. Walker, C. Ben Mitchell, and Richard Land wrote about the resolution’s failure to account for exceptions in the case of the life of the mother in an essay published online by the Public Discourse. They note Protestant, Catholic, and Eastern Orthodox ethicists have long agreed, “As long as the aim is to save a life and the means chosen are morally neutral, that effort is good and right.”

One example they cite is a rare ectopic pregnancy which occurs when a fertilized embryo is implanted in a fallopian tube and not the uterus. In such a pregnancy there is no chance of survival for the developing fetus in the fallopian tube, which will eventually rupture and take the life of the mother if it is not removed. In the essay, they write “the aim in such removal is not to destroy life but to save the one life that can be saved—the life of the mother,” which the resolution prohibits. Several notations are included to support their view that the life of the mother exception is consistent with the Bible’s teaching about the sanctity of human life.

After lengthy and sometimes heated debate, the resolution was adopted with addition of one word, “alone,” in a paragraph that then read:

“RESOLVED, that we will not embrace an incremental approach alone to ending abortion because it challenges God’s Lordship over the heart and the conscience, and rejects His call to repent of sin completely and immediately.” The resolution terms abortion a Great Commission issue, and laments “any complicity in recognizing exceptions that legitimize or regulate abortion.”

In her column, McCain pointed out resolutions passed by messengers at the Southern Baptist Convention are not binding on members or member churches of the Convention. However, she stated, “Our messaging before a watching world is important. In that respect, the passage of this resolution is a shame.”

With reporting from Baptist Press and The Alabama Baptist