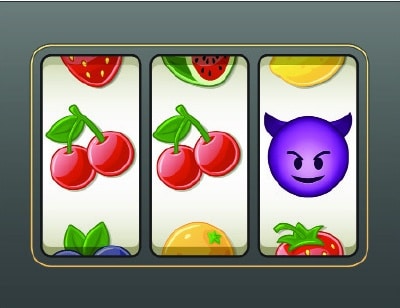 In the days when Baptists didn’t “smoke, drink, or chew, or go with those who do,” our list of don’ts included playing cards. It wasn’t because there was something inherently wrong with pinochle, canasta, or Old Maid, but because overfamiliarity with jokers and aces might eventually lead to gambling.

Go Fish may not be the cause, but gambling is on the increase in Illinois. Our state is now number two in gambling revenues, right behind Nevada. And with 44,000 video poker terminals statewide—the equivalent of 36 casinos—you don’t have to go to Las Vegas to lose your money.

I saw it played out at a convenience store one Sunday morning, a block from a church where I was to preach. I stopped for a soft drink. While at the counter I watched an elderly lady enter the store, shuffle to an ATM where she extracted some cash, and disappear into a back room lighted only by the glow of video poker machines.

She’s gambling away her fixed income, I surmised.

The scene reminded me of something a hospital housekeeper told me a couple of years ago while she swabbed the floor.

“My son tells me I could retire if I’d quit playing slots,” she explained. The diminutive woman dragging a mop bucket behind her was excited about payday. “But it’ll all be gone in a couple of days,” she said. Then she admitted her son was keeping her afloat.

“Why do you work just to throw your paycheck away?” I asked.

But this “fun” comes at a high price. As reported by the Chicago Tribune, gaming “expansion is expected to create more jobs and tax revenue for the state. Watchdogs warn that it’s also likely to lead to more problem gambling and economic hardship, sometimes for people who can least afford it.”

The state collected a record $1.9 billion in tax revenues from gambling last year, a 39% increase. The big jump was due to recovery from Covid-related declines, more video terminals, and the second full year of legalized sports betting, which is drawing a younger slate of gamblers.

Another six casinos are planned to join the eleven already in operation in Illinois. They’re approved for locations in Chicago and the south suburbs, Rockford, Waukegan, Danville, and near Carbondale.

The result: 4% of adults in Illinois have a gambling addiction, and another 8% are said to be at risk, according to a statewide study reported by the Tribune. That’s 761,000 people. “It’s going to be everywhere,” said Shane Hartman, a pastor from Illiopolis. He heads Illinois Church Action on Alcohol and Addiction Problems. “I can’t imagine being an addict. It’s on your phone. There’s no escaping it,” he told the Trib.

Messengers to the 2022 IBSA Annual Meeting identified the problem in a resolution on gambling. “The hope of large financial returns can blind financially strapped communities to the true long-term costs of tax breaks to gambling institutions,” the resolution said, pointing out that government leaders have resorted to gaming as an easy financial fix. But “the introduction of gaming establishments into our communities brings with it more crime, causing additional financial and operational burdens to law enforcement agencies.”

The resolution called on Illinois Baptists to stand against gambling and allowing more gaming products into Illinois. A good place to start that stand may be in church.

Now, in Super Bowl season when office pools and casual betting are at their highest, this may be the time for teaching the value of honesty, that coveting is a sin, that we trust in God not chance, that we should not gain from another person’s loss, and how the slide into addiction begins with a few simple wagers.

If I were a betting man, I’d say it’s a sure shot: We should preach against gambling again.